Las Vegas Luminaries shines a light on the diverse communities and lesser-known individuals who helped to shape Las Vegas's vibrant, colorful and contrasting cultural history. The mural, which spans the 101 feet length of The Neon Museum's North Gallery wall, features a diverse, dedicated and sometimes overlooked cast of icons including pioneering showgirls, heartthrob headliners, champions of civil rights, dazzling designers and more. The mural also gives a nod to those keeping the longstanding craft of neon bending alive to ensure our city continues to glow. Read more below to learn about these luminaries and their accomplishments that lit the way to a more inclusive and equitable future for the citizens of Las Vegas and beyond. 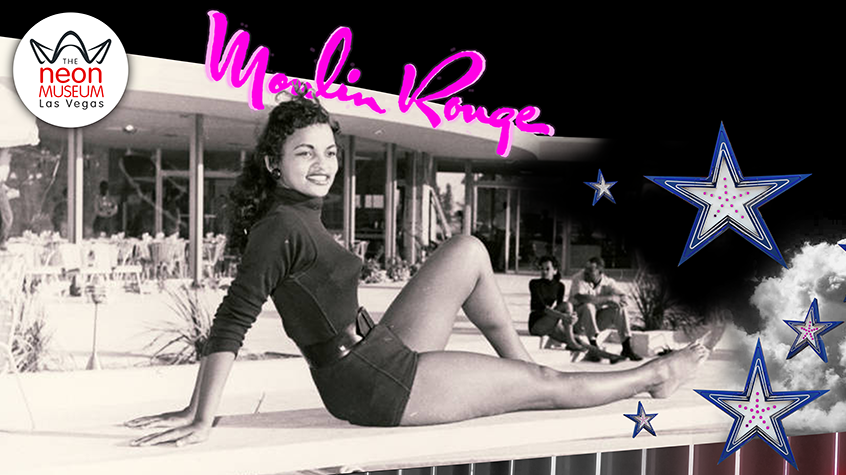 Delcenia (Boyd) Jones (1938-2019) was among the first chorine dancers to work at the Moulin Rouge Hotel and Casino, Las Vegas's first major racially integrated casino, when it opened in May of 1955. The finest Black dancers and entertainers from around the country were hired to play to packed audiences at the Moulin Rouge's popular nightly performances, famed for lasting until dawn. Racial segregation kept Black and white patrons from mingling together at properties downtown or on the Strip, but audiences at "The Rouge" were welcome to drink, dine, dance and rub shoulders in a way not seen before in Las Vegas. Boyd's likeness was used in promotional images to advertise the many amenities of the Moulin Rouge, including a luxurious lounge by the pool. This poolside image was groundbreaking for its time, as no African Americans would have been allowed poolside at a Las Vegas resort prior to the Moulin Rouge. With the abrupt closing of the Moulin Rouge in October of 1955, entertainers who had uprooted their lives to move to Las Vegas were forced to find employment elsewhere. Delcenia and her sister Theodora were hired by legendary swing-era bandleader Cab Calloway to dance as a "Cotton Club Beauty" in his traveling revival show, "The Cotton Club Review." The traveling show became so popular that Calloway and his orchestra (including the Boyd sisters) were invited to play a residency at the Royal Nevada in 1957. After her time in Las Vegas, Delcenia went on to earn a Master’s of Science and Social work. She advocated for Civil Rights, Women’s Rights and Human Rights and participated in the 1963 March on Washington for Jobs and Freedom. While working with the NAACP she met her husband Benjamin Jones. Delcenia passed away in 2019 at the age of 81. 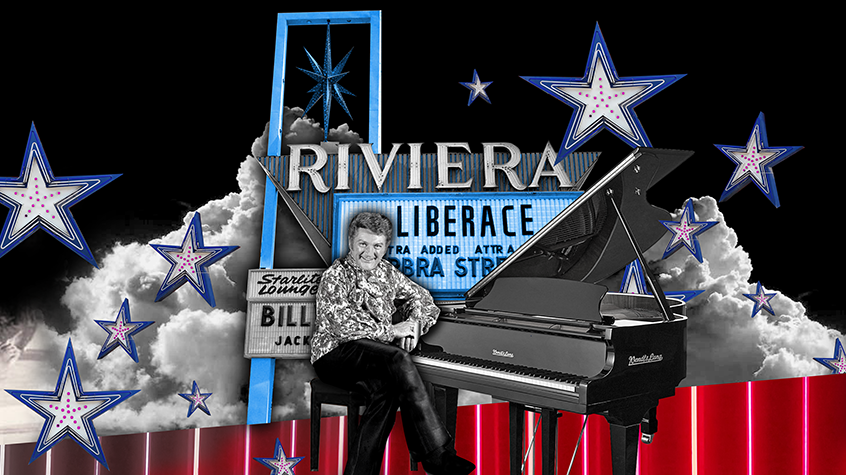 Liberace (1919-1987), born with the name Wladziu Valentino Liberace, rose to stardom as a pianist and singer. He performed at many Vegas properties, including the opening of the Riviera in 1955. Liberace was a famously flamboyant Vegas headliner and during the 1950s-1970s was recognized as the highest paid entertainer in the world at that time. His over-the-top style earned him a place as an entertainment icon and the title “Mr. Showmanship.” He resided in Las Vegas for a time and eventually founded the Liberace Foundation that holds many items from his performances including crystal studded pianos, cars, and costumes.

Today, The Liberace Foundation for the Performing and Creative Arts presents artifacts that showcase the king of stagecraft. For more information, visit www.liberace.org 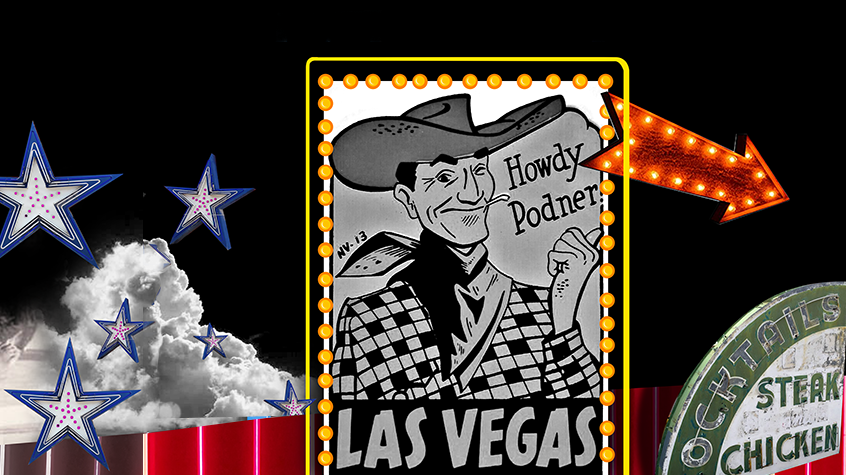 Photo Courtsey of the Las Vegas Chamber of Commerce

Vegas Vic is a character commissioned in the 1940s by the Las Vegas Chamber of Commerce as part of the city’s western-themed marketing efforts.  He was featured in various print advertisements and on neon signs. One of the neon versions of Vegas Vic can be seen on the Nevada Motel sign in The Neon Museum’s Boneyard. The larger and more well-known sign that once waved and said ‘Howdy Podner’ remains at the Pioneer Club on Fremont Street. 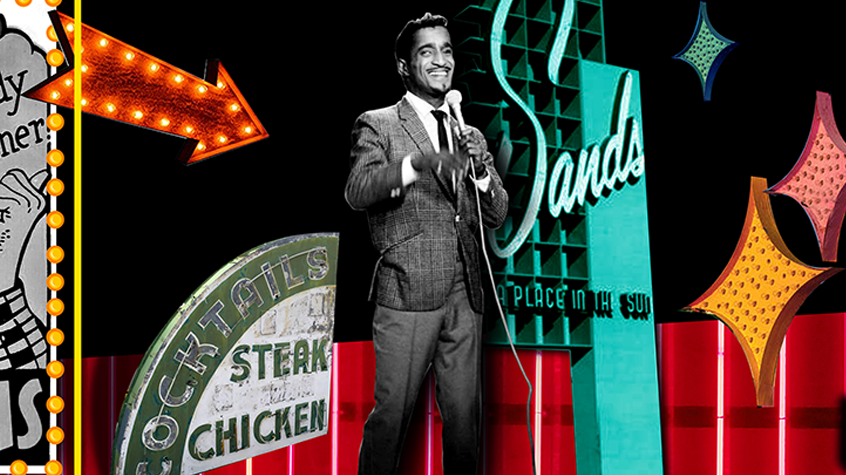 Sammy Davis Jr. (1925-1990) began performing at a young age with his family in the Will Mastin Trio. He rose to stardom with his dancing, singing and eventually acting. When he first began performing in Las Vegas in 1944 most of the venues were segregated. At that time the properties that booked him would relegated him to enter through the kitchen to perform for white audiences. After he would perform he was not allowed to gamble at the casino or stay at the hotel. He was noted for refusing to perform on a few occasions due to the location being segregated. Even as a member of the famed Rat Pack, performing at the Sands and filming blockbuster films like Ocean’s Eleven, Davis was still discriminated against. His efforts, along with many other performers and local Civil Rights leaders, helped integrate Las Vegas casinos. Davis continued to break barriers becoming the first Black man to obtain a Gambling License and part ownership of a major property on the Las Vegas Strip, the Tropicana Hotel and Casino, in the early 1970s when he purchased shares. His stardom and pop culture influence assisted in bringing issues of Civil Rights to the forefront and ultimately helped break barriers. 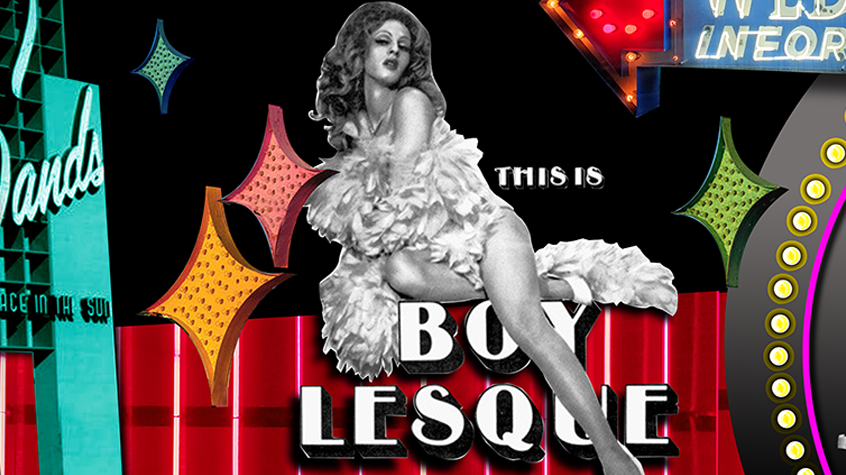 Kenny Kerr (1952-2013) became the star of Boylesque, a female impersonation review, that opened at the Silver Slipper Casino’s Gaiety Theatre on Friday, May 13, 1977, featuring Kerr as "Mr. Barbra Streisand, Mr. Marlene Dietrich, Mr. Carol Channing, and Mr. Diana Ross.". After the Silver Slipper closed, the act moved to other prominent locations such as the Stardust, Sahara, Frontier, Plaza and Debbie Reynolds. Boylesque set a new standard for female impersonation productions, and became a Las Vegas institution. Kerr never came out publically despite supporting many gay causes. Kerr went on to become one of the Las Vegas gay community's most thoughtful and honored leaders raising both funds and awareness for AIDS research in the Vegas Valley.

Those Fabulous Fabricators: Artists, Engineers and Installers That Made Vegas Larger Than Life 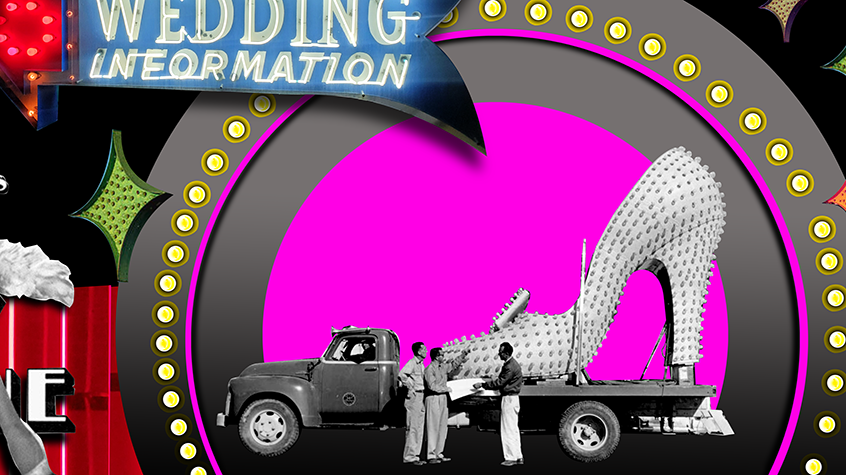 Let's face it, Vegas wouldn't be Vegas without its sensational signage, and we wouldn't have our signage without the talented folks who conceptualized and crafted many of the famous signs now on display in our Boneyard. Sign companies like YESCO (Young Electric Sign Company), AD-ART and Federal Signs were the giants of the sign industry, responsible for shaping the Las Vegas skyline and taking the art of signage to new heights (literally). From cobbling together oversized shoes (seen here with the Sliver Slipper) to hanging twinkling atomic stars, sign designers, electricians and fabricators are equal parts artist and engineer. The combined skills of these unsung heroes is what gives Vegas its trademark glow. 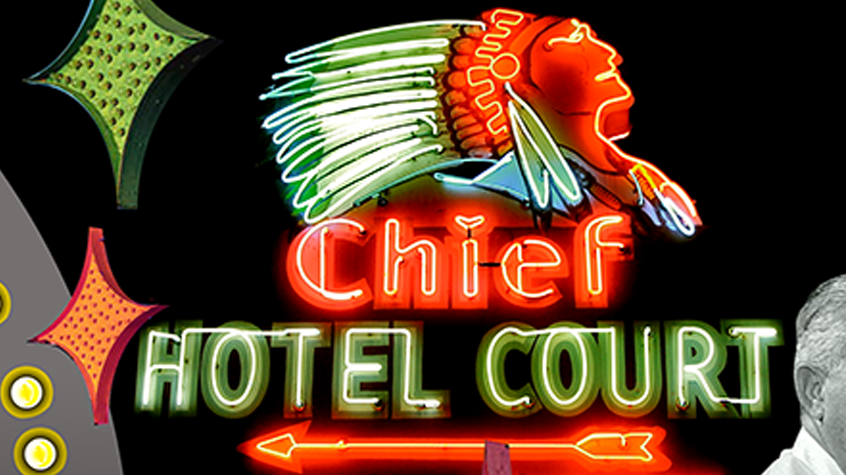 The Chief Hotel Court was located on East Fremont Street, and this sign dated to ca.1940 is among the oldest in Las Vegas. This sign is an example of the romanticized imagery of Native Americans tied to the concept of the “Old West." The Chief Hotel Court sign design is believed to be appropriated from the Atchison, Topeka, and Santa Fe Railroad line and cars. In 1939, Las Vegas into tapped this Western nostalgia for marketing itself as “Still a Frontier Town”. The proliferation of the Old West narrative in Las Vegas and at Chief Hotel Court contributed to the perpetuation of stereotypical Native American imagery which is still found advertisements and sports teams across the United States. The sign depicts a stereotypical Plains Indian motif, not the local Paiutes. The sign inadvertently served to erase the presence of the native people living in the area and substituted a stereotype. The Las Vegas Paiutes tribe, ancestors of the Southern Paiutes, lived on this land long before the founding of Las Vegas and continue to live on this land. The decades since then, the Las Vegas Paiutes have pursued financial success and the expansion of reservation acreage, first operating a tobacco business and in recent years a golf resort and marijuana dispensary.

Content developed with William Bauer, Wailacki and Concow of the Round Valley Indian Tribes, Professor of History, University of Nevada, Las Vegas 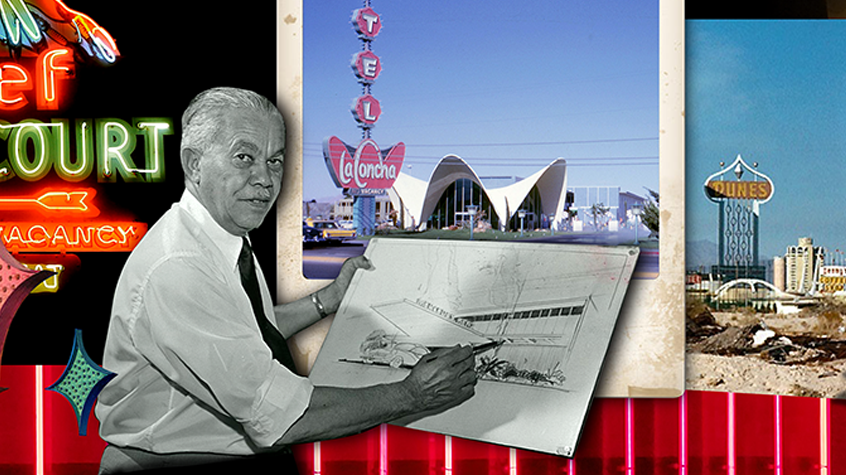 Architect Paul Revere Williams (1894-1980) was the first African-American member, and later fellow, of the American Institute of Architects (AIA). Williams learned to draw upside-down in order to accommodate his early clients who were uncomfortable sitting next to a person of color. Known as the “Architect to the Stars” because of his Hollywood clientele, he also designed a variety of buildings and developments in a variety of styles in Southern

California and Las Vegas including the La Concha Motel, which now serves as The Neon Museum Visitors’ Center. His other Las Vegas projects include the Guardian Angel Cathedral, Berkeley Square, Royal Nevada and Carver Park. 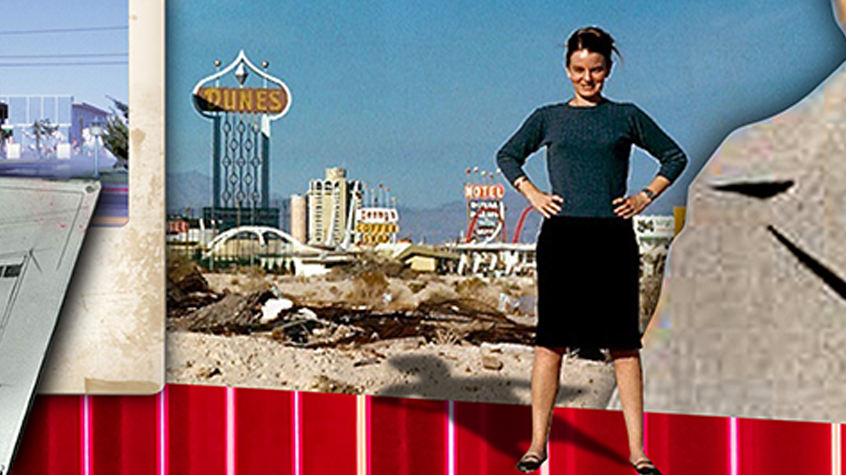 Denise Scott Brown (b.1931) is an educator, architect, urban planner and author. In 1972, she co-authored Learning From Las Vegas with Robert Venturi and Steven Izenour. This landmark publication represented a detailed study of Las Vegas architecture and signs, and introduced ideas like the Decorated Shed (a simple building known more for its signs and décor rather than architectural design) and the Duck (a building designed as a symbol such as a duck-shaped building). 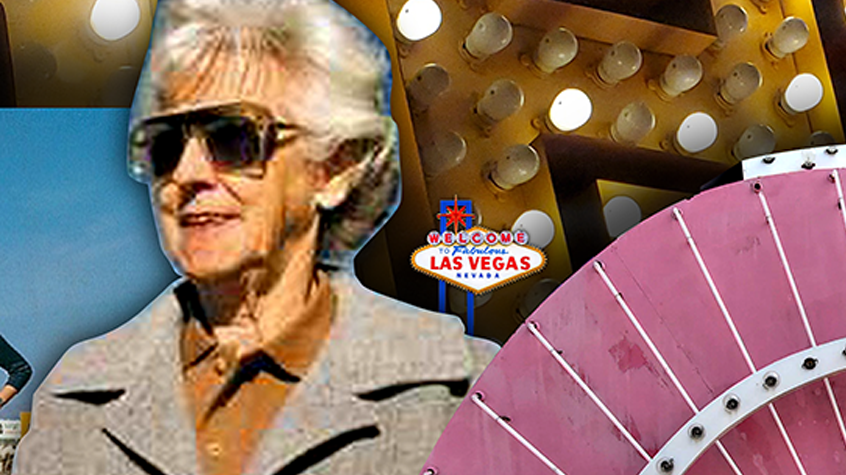 Betty Willis (1923-2015) was one of the only women employed in the sign industry in Las Vegas during the 1950s. She is most well-known for designing the “Welcome to Fabulous Las Vegas” sign as well as signs for the Moulin Rouge and the Blue Angel Motel. 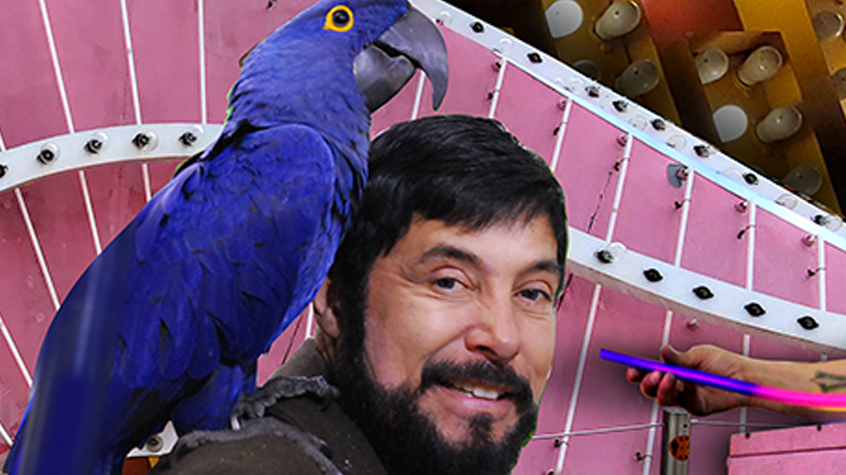 Artist Raul Rodriguez (1944-2015) used his creativity to design over 500 parade floats including many for the Tournament of Roses Parade in Pasadena, California. While working with Heath and Company in 1976 he designed the trademark pink signage for the Flamingo hotel that are on display throughout The Neon Museum. He was often seen working with his hyacinth macaw Sebastian. 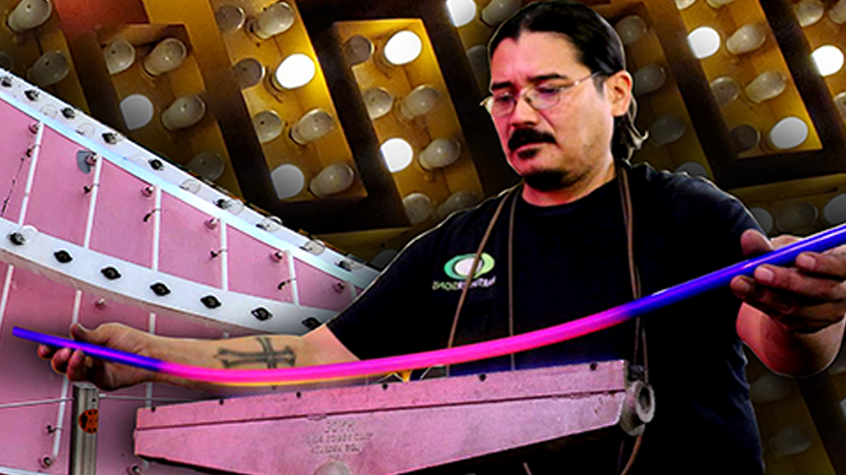 Oscar Gonzalez (b.1978) began his career sweeping the floor of a neon sign company in Guadalajara, Jalisco, Mexico. Over many years he perfected the art of neon bending, a time-tested, yet rarely practiced art form of shaping glass over an open flame in order to create bright, beautiful signs that serve as both wayfinding and glowing masterpieces. He now bends glass for Hartlauer Signs in Las Vegas. Oscar crafted the neon tubing for many of the pieces on display at The Neon Museum, including the namesake tower from Tim Burton’s Lost Vegas exhibition and the restored Moulin Rouge sign. His work can be seen shining throughout the Vegas Valley.

About the Artists | Nanda Sharif pour and Ali Fathollahi 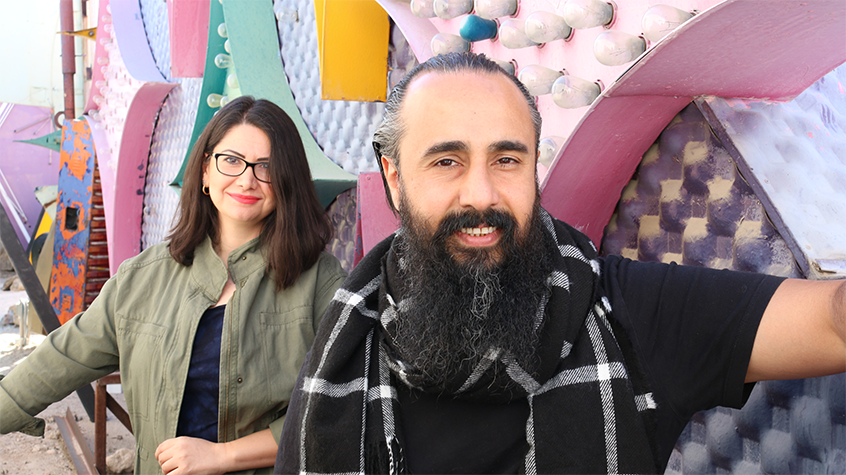 The Las Vegas Luminaries Mural was conceptualized by Stephen Siwinski and painted by Las Vegas residents Nanda Sharif-pour and Ali Fathollahi. The husband-and-wife artist team creating the mural are originally from Iran and moved to the United States in 2012 as refugees. Since then, they have participated in numerous public and private art projects in Southern Nevada, including commissioned murals for Zappos and Get Outdoors Nevada (formerly the Outside Las Vegas Foundation), which won a Mayor’s Urban Design Award. They also installed the large-scale mural designed by James Stanford on the Reed Whipple Cultural Center, located across the street from The Neon Museum. In general, both Sharif-pour and Fathollahi focus their artistic endeavors on using both traditional and non-traditional mediums to explore the viewers’ perception about psychological, sociological, cultural and political themes.

This project has been financed in whole or in part with funds from the Las Vegas Historic Preservation Commission through the sale of the Las Vegas License Plate. The contents and opinions of this funded project do not necessarily reflect the views or policies of the city of Las Vegas. 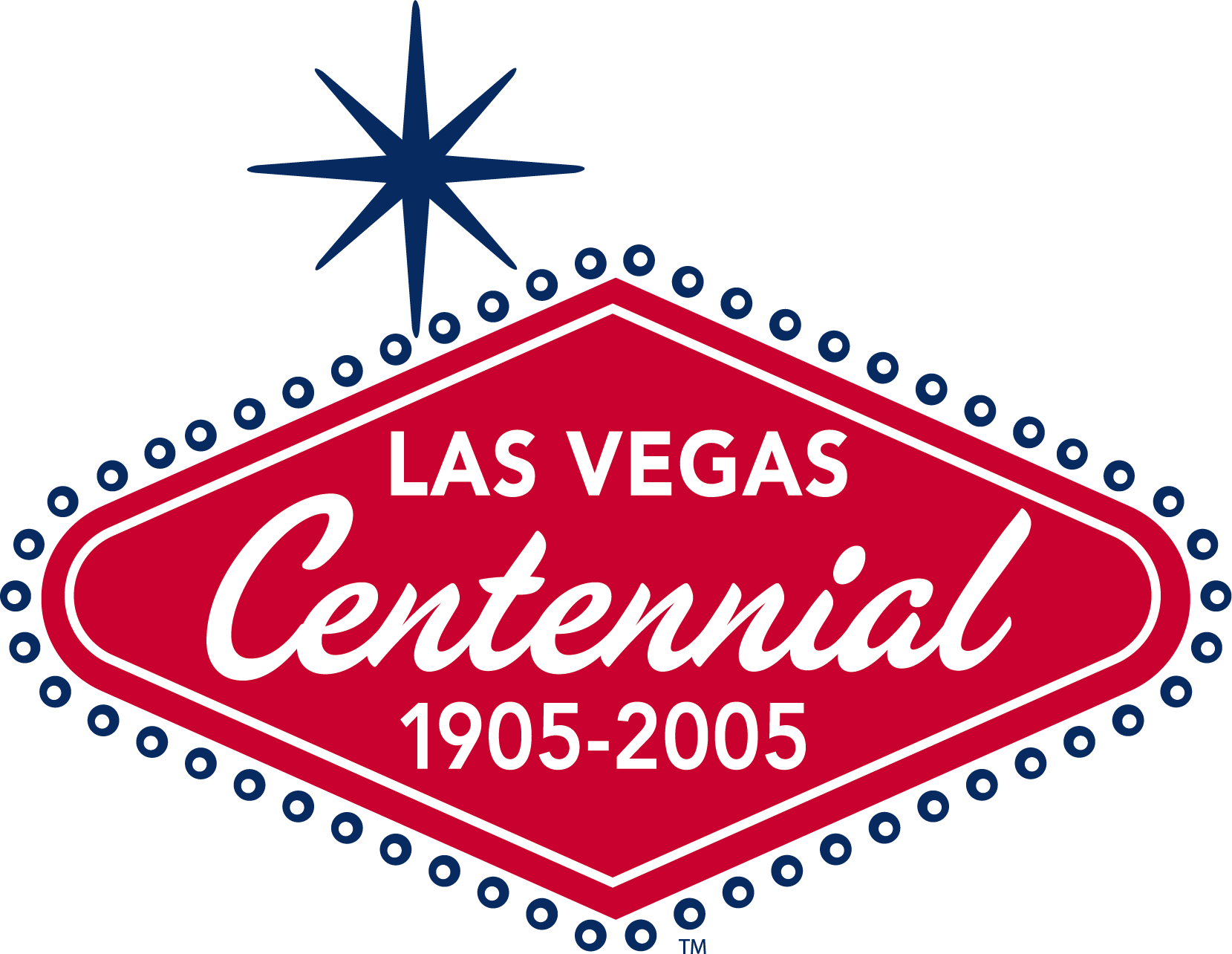