A Brief History of the Chinese of Las Vegas: Part I

Although the Chinese represented a small percentage of Las Vegas’ population -- 0.5 percent in 1990 (but growing rapidly,) they have made numerous contributions to the development of Las Vegas. In 1905 the sparsely populated Las Vegas Valley became important provisioning, fueling, and watering stop for the San Pedro, Los Angeles, and Salt Lake Railroad (later Union Pacific). The Chinese were among the first settlers in the new train town to help in its development.

The Chinese originally immigrated from Guangdong and, to a lesser extent, Fujian provinces and were attracted by occupations like mining, railroad construction, logging, irrigation work, and the service industry.

Chinese miners wandered into northern Nevada in the 1850s and established Chinatowns in Dayton, Genoa, Gold Canyon, Virginia City, and elsewhere. A small group worked in wood charcoal making in the Mount Charleston area in the 1870s. The charcoal was used as fuel in mining and later in train engines.

Throughout the American West, the Chinese were noted for their laundry and restaurant businesses and, in that sense, Las Vegas was typical. In 1905 Ying Lee opened his laundry to serve the predominantly male population and three years later went into partnership with Man Ying and Chin Yee to purchase the Arrowhead Restaurant. A year later they sold the restaurant to Wong Kee, a cook at the Colorado Hotel, and soon the Arrowhead became a popular eating place for railroad workers, train passengers, and tourists. In an advertisement for his Shady Café, Wong Kee noted that he served chop suey, noodles, and other dishes and also sold goods from China. 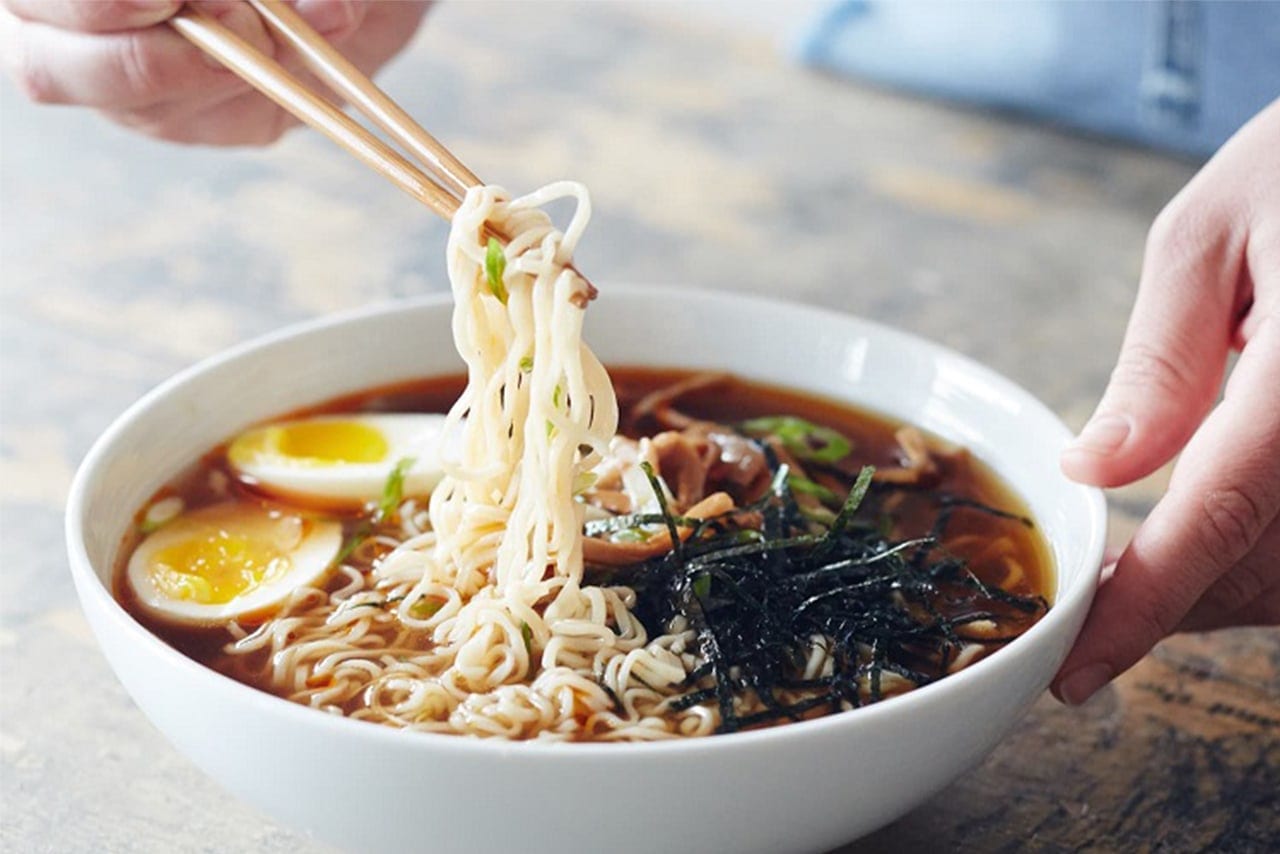 Prejudice and racism were part of the fabric of 19th and early 20th-century American society’s belief in white racial superiority, which led to violence and discrimination. Congress passed a series of restrictive Chinese acts, beginning with the 1882 Restrictive Act (aka Chinese Exclusion Act) prohibiting Chinese laborers from entering the U.S., the 1892 Geary Act extending and redefining the 1882 Act, and others culminating in the 1924 Nationality Quota Act that limited the number of Chinese exempt class immigrants, such as students and merchants and their family, to 106 annually. The Geary Act expanded the meaning of laborers to include women who were not married to merchants, physicians, western-trained ministers, and many others.

Racism and discrimination were widespread. Local and regional laws were harsh. Violence, prejudice, and killings were commonplace. Schoolchildren also suffered. For example, in February 1921, a Las Vegas grammar school teacher beat a 14-year-old Chinese boy so severely that he lost the use of his legs. Despite the newspaper publicity, teasing, hurtful remarks, rock-throwing, and violent attacks continued against the Chinese, both young and old. Job discrimination also limited what the educated Chinese American could do to earn a living in these early years. Before 1944, it was not uncommon to have college graduates still working as waiters, cooks, and laundrymen. The situation did not change until the 1950s and 1960s.

The arrival of the Fong family eventually made a positive impact on Las Vegas. Wee King Fong and his oldest son Sui Mon Fong had served on the staff of General John G. Pershing (1860-1948) in his campaign against Pancho Villa. In 1917, as a reward, Pershing got the Fongs admitted to the United States despite the 1882 Chinese Exclusion Act. They eventually settled in Las Vegas and brought a younger brother, Sui Hui Fong, to open the Rainbow Café on 1st and Carson with a $40 investment. No one ever left the Rainbow Café hungry and they had a reputation for their kindness throughout the community. Their business prospered and in 1933 they opened the Silver Café on North 1st and Fremont with an all-electric kitchen and 24-hour service that catered to railroad workers, tourists, and the locals. In 1939 they charged, for example, seventy-five cents for a complete dinner, including pie for dessert, and featured slot machines. It was one of three restaurants in town. 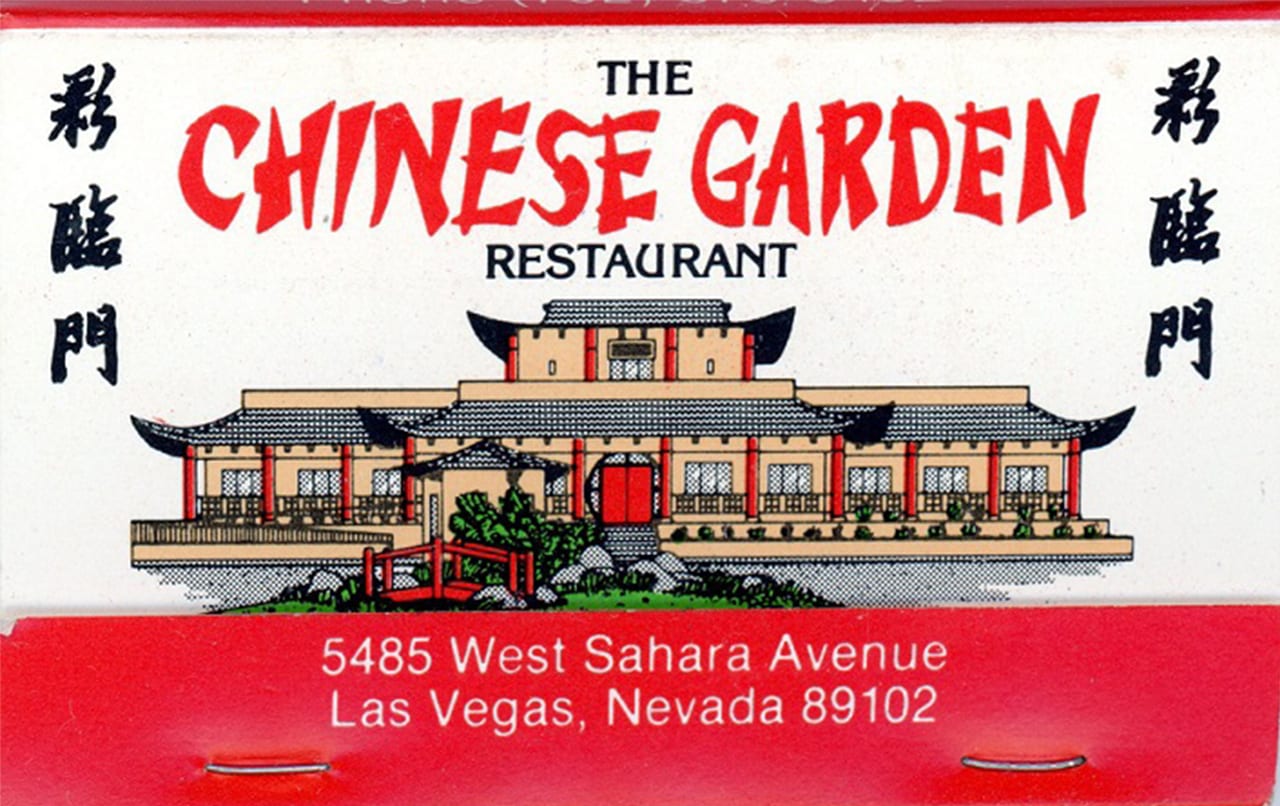 At first, the fronts of Chinese restaurants were indistinguishable from others but gradually some adopted Chinese architectural designs and added neon lights around the 1930s and 1940s. 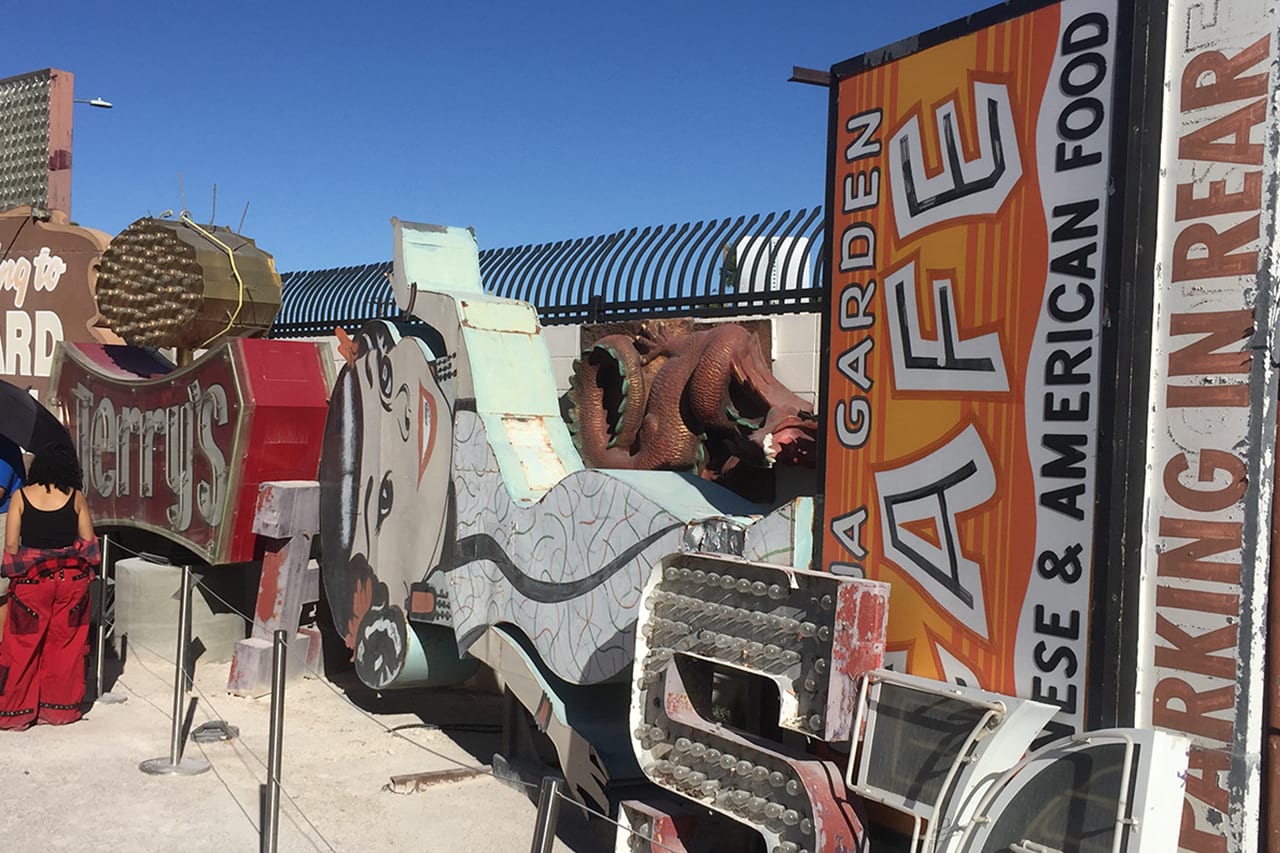 The pace of life in Las Vegas remained slow until the start of construction in the early 1930s of the enormous hydroelectric Hoover Dam. State regulations governing the construction of the dam, which were written in 1902, prohibited the hiring of Chinese workers on the dam project. In 1941 Nellis Air Force Base opened. In the 1940s and 1950s, Harry Yam L Won and Fred Lee opened more Chinese restaurants to serve the growing tourist industry and those involved in the dam and air force base. Like the majority of Chinese restaurants in Nevada, both Chinese and American dishes were featured. The influx of new people also led to the development of more casinos and entertainment centers.

The 1930s saw the legalization of gambling in Nevada. The Chinese, who had operated unofficial gaming facilities since the late 1850s, sought to participate in legalized gambling that would attract low to middle-income clients of all races, especially African Americans who were prohibited from participating in most gaming halls. In 1931 Woo Sing unsuccessfully applied for a gaming license in Clark County, then opened a modern supper club called “China Town” on South Main, complete with neon lights, a famous chef from New York, and two well-known female entertainers, Bo Ling and Bo Ching, who later went on to work in Hollywood films.

The Chinese found a niche in casino operations by opening in West Las Vegas.

In the 1940s, Harry Lee Fong and others opened the West Side Club and Zee Louie, with the backing of the powerful Binggongtang (Chinese Freemasons), opened the Chickadee (later renamed Louisiana) Club. From 1950 to 1970, Sui Mon Fong (Big Fong) and Gim Fong (Little Fong) opened the Town Tavern at 600 Jackson Avenue, which became known for its lounge performers, Chinese and African American employees and good food. From 1950 to 1956, Hawthorne-born William and Frank Kee, whose parents were friends of the political powerbroker George Wingfield (1876-1959,) opened the El Cid (later called El Rio) Club at 1905 North H Street. Noted for its hospitality and food, it quickly became very popular but a fire in 1956 that followed the famous Moulin Rouge (opened May-October 1955) bankruptcy, forced the doors to be closed. Willie died from a heart attack brought on by trying to put out the fire. In 1957, Frank sold the club to a conglomerate. In the late 1960s, Chinese American casino owners closed their doors as large casinos ended their racial discrimination policy. Chinese Americans still dreamed of casino ownership.

Want to learn more? “A Brief History of the Chinese of Las Vegas: Part II” will be available soon. You can also view Dr. Sue Fawn Chung’s full Scholar in Residence lecture here.

Dr. Sue Fawn Chung was born in Los Angeles, California and graduated from the University of California, Los Angeles, Harvard University, and the University of California, Berkeley.  She began teaching history at UNLV in 1976 and retired in 2015 as professor emerita.  She has served as UNLV Director of International Programs, Chairperson of UNLV History Department, member of the Nevada Board of Museums and History, Clark County Asian American Commissioner, National Endowment for the Humanities Grants Committee, National Trust for Historic Preservation Advisor, and consultant for the U.S. Forest Service.  She has assisted in numerous museum and media presentations, including serving as executive producer of Vegas PBS, “Island Mountain Days.”  She won the Bancroft Award for one of her books the Schmeidel Award for Community Service, the Lion’s Club Outstanding Educator Award, and the Nevada Humanities Outstanding Nevadan Award, as well as other recognitions.

Lecturers work with the Education & Outreach department to delve into the Neon Museum collection and develop presentations that have clear connections to the Museum’s mission and Las Vegas history.

This project is supported in part, by the Nevada Arts Council, a state agency, which receives support from the National Endowment for the Arts, a federal agency, and the state of Nevada.