As the Neon Museum Collections Manager, I am asked many questions about our signs. I hope the following will shed a little light, pun intended, on the Neon Museum’s historic sign collection.

How many signs are in the Neon Museum collection? 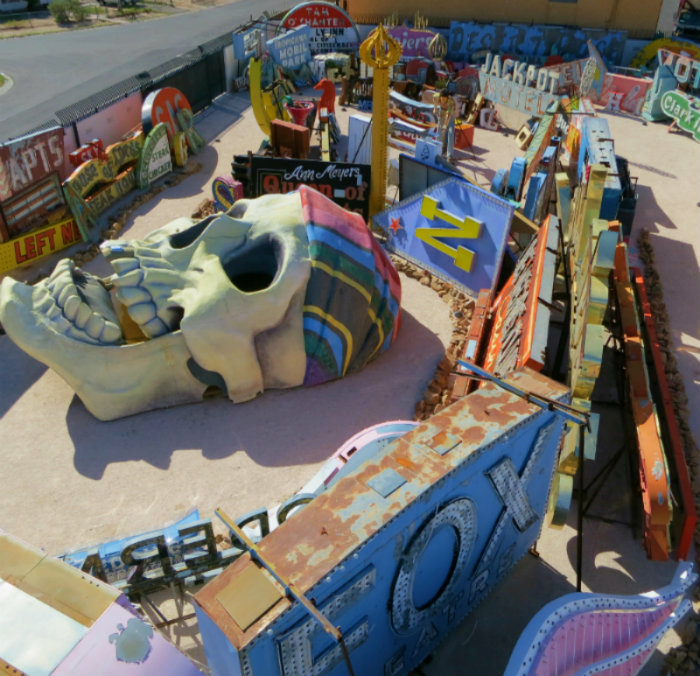 The easiest way to approach this question from a Collections standpoint is to note that there are 800 sign pieces in the collection from around 200 Las Vegas properties. Some of the sign pieces will create one full sign if put back together, while others we only have portions or parts of the whole sign.

How does the Neon Museum acquire signs? 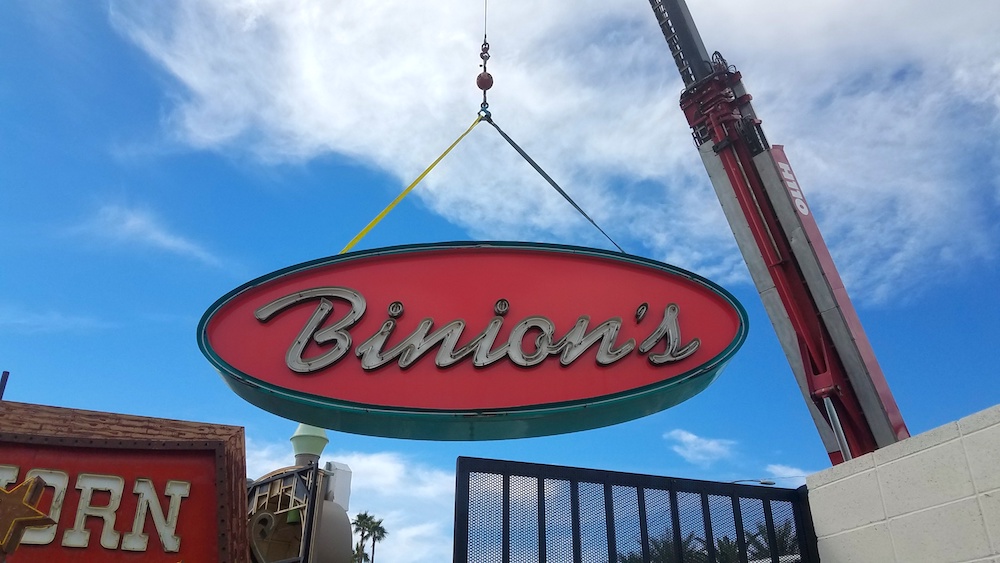 The Neon Museum collection consists of some loaned pieces, but most of the collection is of accessioned objects which were gathered primarily through donation. Generally, property owners contact the Neon Museum to donate their signage.

Why was the Neon Boneyard curated in this fashion? 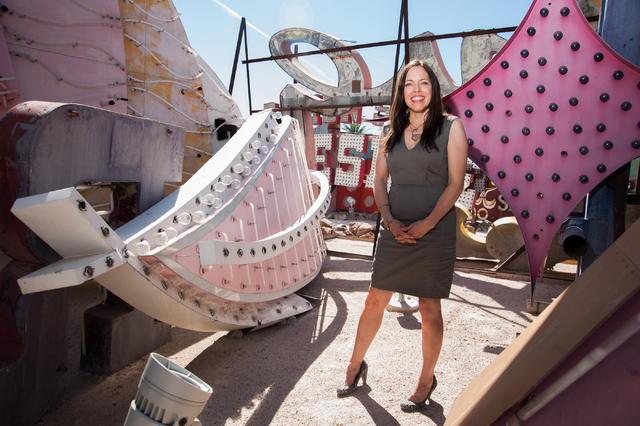 The design of the Neon Boneyard exhibition space was the vision of former Neon Museum Executive Director Danielle Kelly (2008-2015). The design was inspired by and meant to evoke the feeling of walking through a sign company's boneyard, an outdoor storage area where decommissioned signs are placed and waiting to be reused or scrapped. In many areas, the signs look as though they were placed without rhyme or reason. Many signs are stacked and placed in what seems to be a disorganized manner. This is the feeling that Danielle Kelly wanted to recreate and this was all entirely intentional.

The Neon Boneyard is curated to tell a narrative of the history of Las Vegas and to immerse the visitor in a visual experience. The first path of the Boneyard focuses on Downtown Las Vegas - where the city got its start - followed by motel signs, a small business section, and continuing into the Strip properties. Also, space and size play a role in the curation. The campus consists of just over two acres of land and many of the signs are large, one of the largest being 50 feet wide,  so the signs are layered in their respective areas. 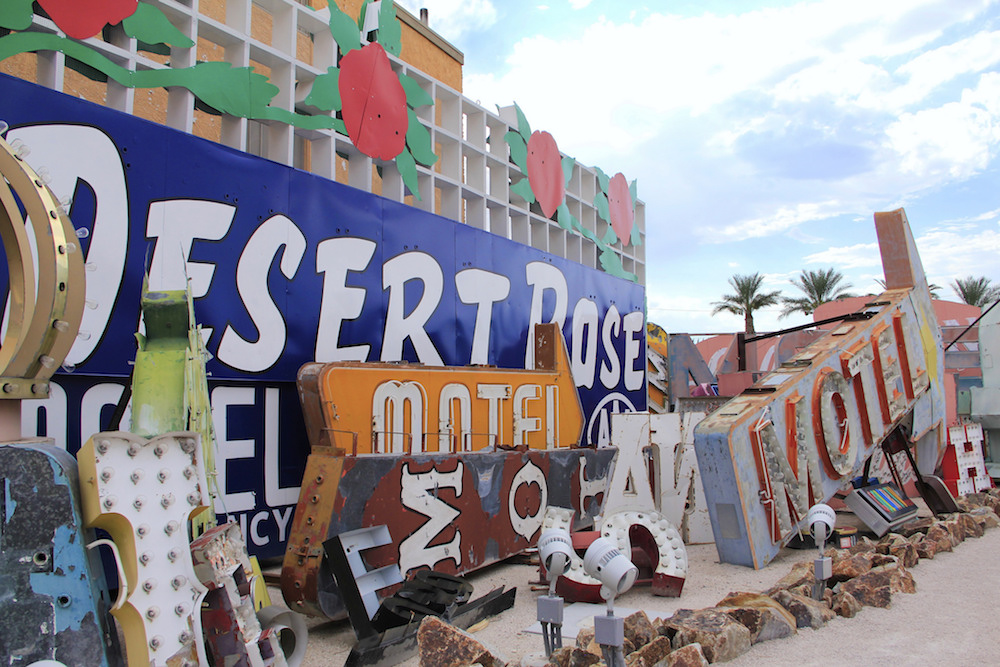 One question that is often asked is what are the oldest and youngest signs in the collection. This post will highlight a few of each. 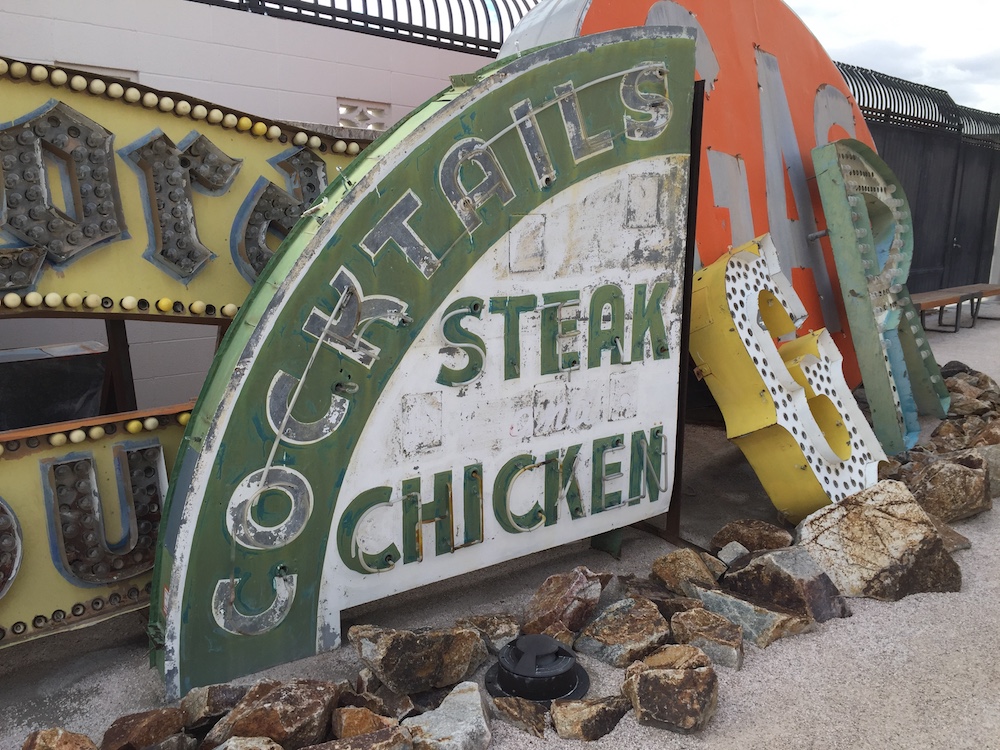 One of the oldest signs in the Neon Museum collection is from the Green Shack, a downtown restaurant that was known for its famous fried chicken. We believe the sign is from the mid to late 1930s. Prohibition ended in 1933 and it's hard to imagine the owner, Mattie Jones, would willingly advertise “cocktails” during the Prohibition era. 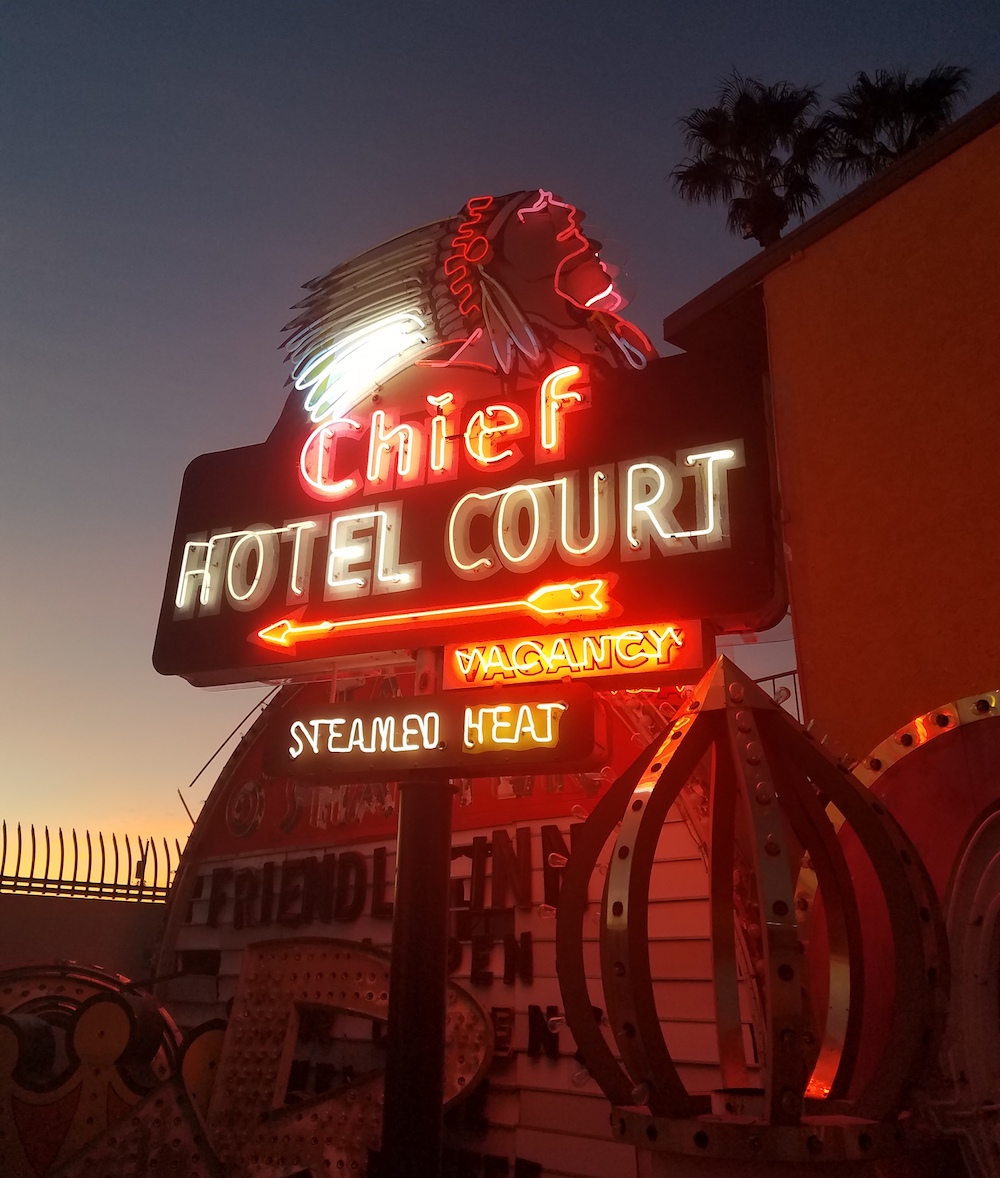 The Chief Hotel Court is an older sign dating back to c. 1940. The property opened in 1939 and the sign was installed about a year later. Originally, the sign read “Chief Autel Court,” a combination of the words “auto” and “motel” or “hotel.” The former owners had family who worked for the railroad and it is believed the chief may have been derived from the Santa Fe Chief train logo. 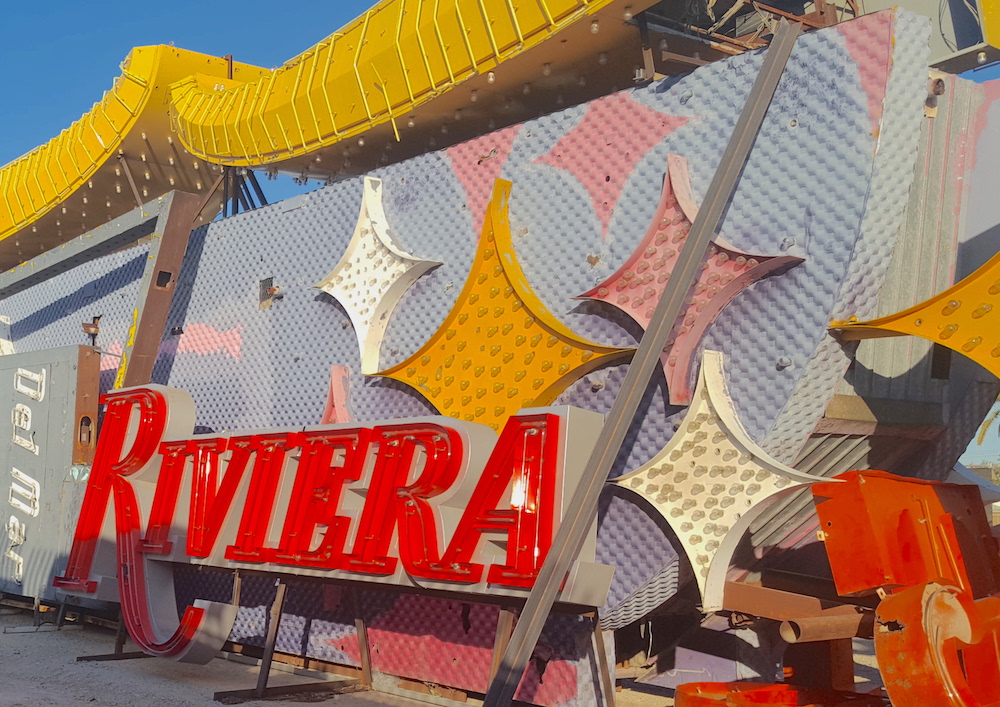 One of the “newest” signs in the collection, by age manufactured, is this Riviera sign. It was created around 2008 and was only in use for seven years before the property closed in May 2015. 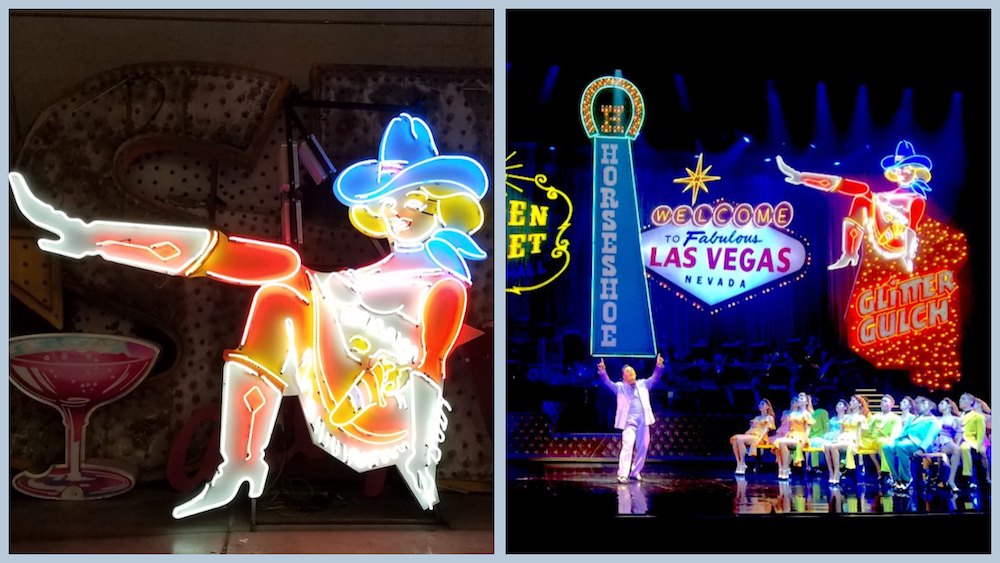 Another great set of newer signs are the stage pieces from Wynn hotel’s production Showstoppers which ran from November 2014 to September 2016. They are functioning recreations of some of the most popular Las Vegas signs. Because they were manufactured to live indoors only, they are kept on display at Ne10 Studio, the Neon Museum's educational programming space. Check the events section of our website to see what we have scheduled.