People often ask which signs we wish had been saved. While we prefer that historic signs remain in their original locations for as long as possible, here are a few lost signs of Las Vegas that we wish would have survived one way or another. 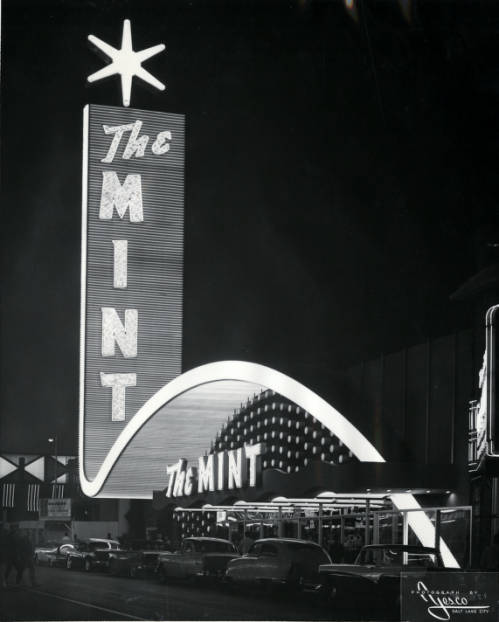 In 1957, architects Walter Zick and Harris Sharp teamed with YESCO sign designers Hermon Boernge and Kermit Wayne to create a groundbreaking sign for the new downtown Mint Hotel.  They seamlessly fused a horizontal “eyebrow” with a soaring 85-foot blade sign. 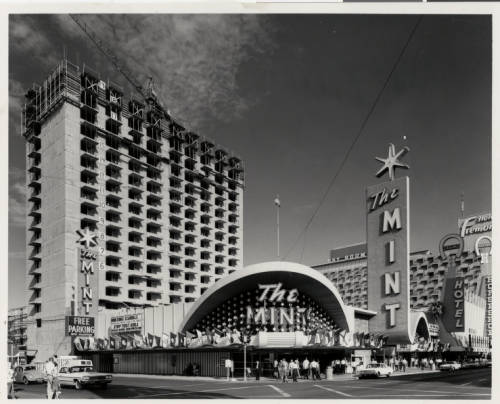 In 1959, YESCO produced “The Mint: Birth of a Giant,” a two-part documentary that followed the development of the display from initial design to final installation. The sign was replaced when the Mint was purchased by Binion’s Horseshoe in 1988, although it is still possible to glimpse a small section of it today. To find out more, look for future postings on this blog! 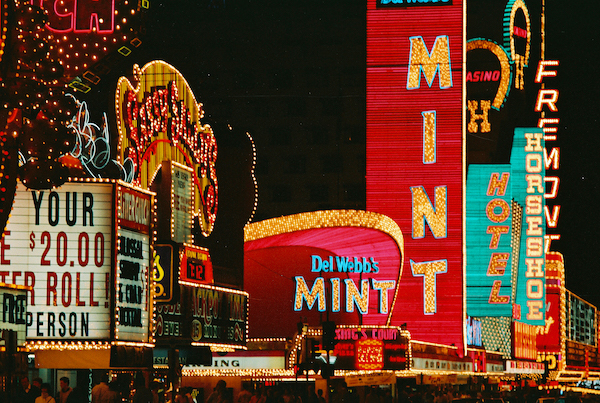 The Dunes was home to several signs that met tragic ends. 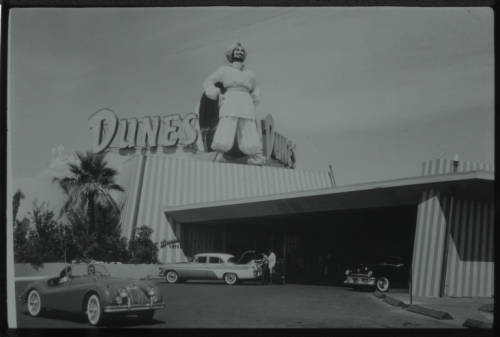 The smiling Dunes Sultan, a towering fiberglass statue created by YESCO, greeted guests from the roof of the hotel when it opened in 1955. In 1964, the Sultan relocated to the golf course, where he served as a highway sign along I-15. He was destroyed by fire in the late 1980s. 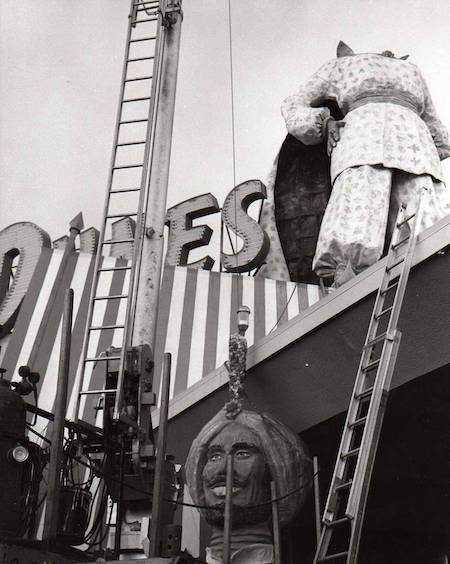 Disassembly of the Dunes Sultan, 1964, VintageLasVegas.com 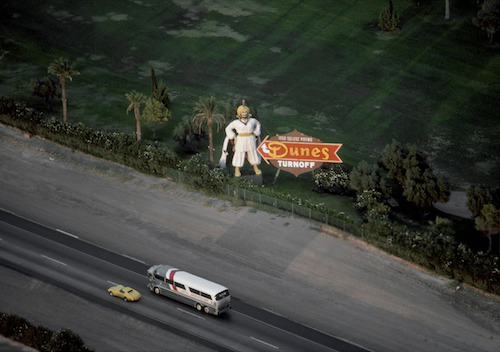 The Dunes pylon sign was designed by Lee Klay for Federal Sign in 1964 and won that year’s General Electric trophy for neon sign design. Standing 180 feet tall, it was the largest electric sign in the world. The pylon’s height required maintenance workers to use a small elevator tucked inside one of the support legs to reach the top. 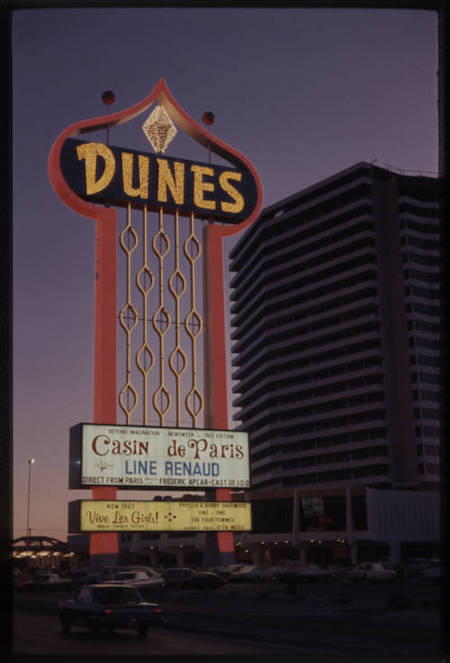 The sign was destroyed in 1993 as part of a spectacular implosion that leveled the Dunes to make way for the Bellagio. A smaller, similarly shaped Dunes sign can be seen at The Neon Museum. 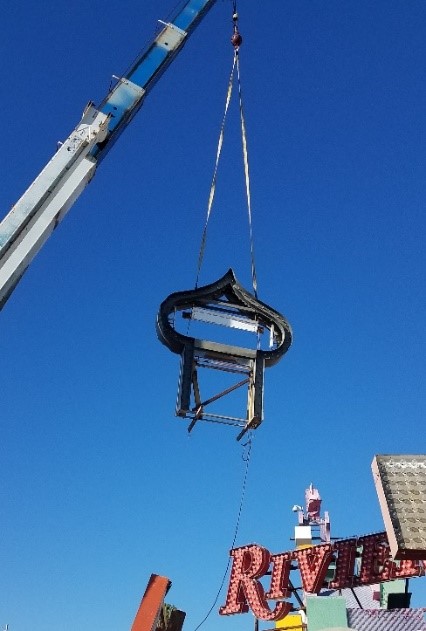 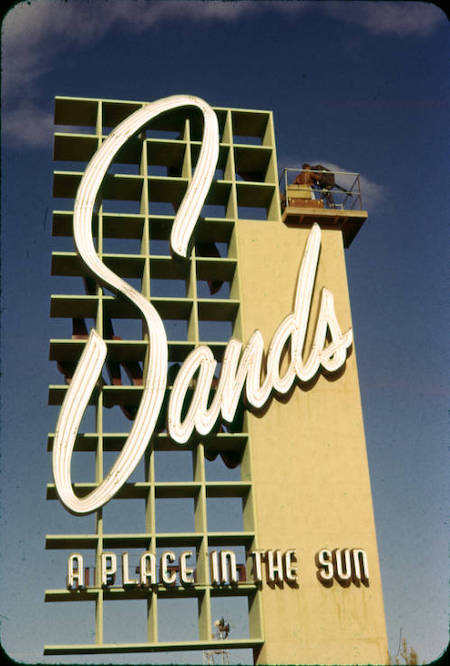 In 1952, the Sands Hotel set a new standard for sign size and design along the Las Vegas Strip. As much architecture as it was signage, the 56-foot-tall display featured the hotel name in script neon letters against a rectangular grid, all dramatically cantilevered from a single pylon. The design has been attributed alternatively to architect Wayne McAllister and YESCO sign designer Hermon Boernge. Frank Sinatra and other members of the “Rat Pack” famously posed for photographs in front of the sign. 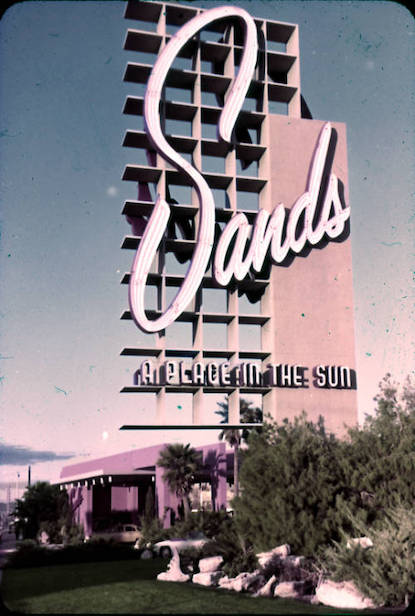 The original was replaced during new construction in the 1960s. The Sands sign was one of the inspirations for the Neon Boneyard Park sign on The Neon Museum campus, which was designed by Brian “Buzz” Leming. 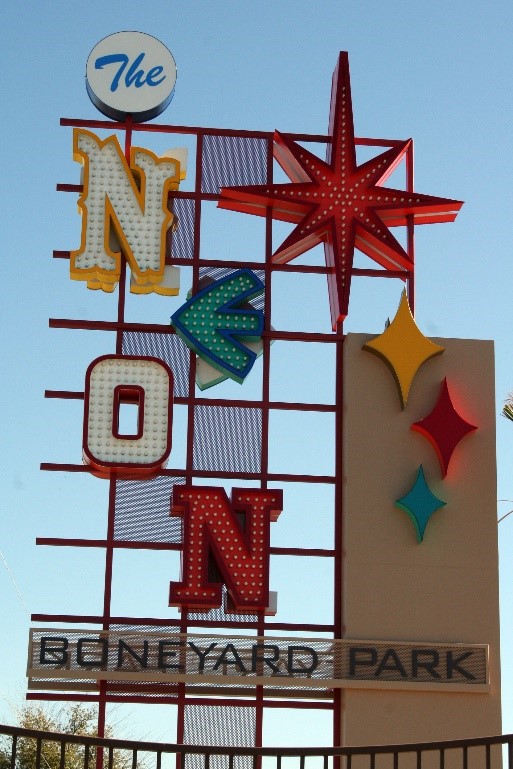 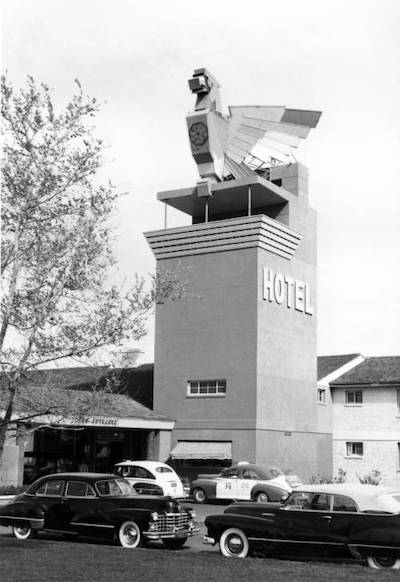 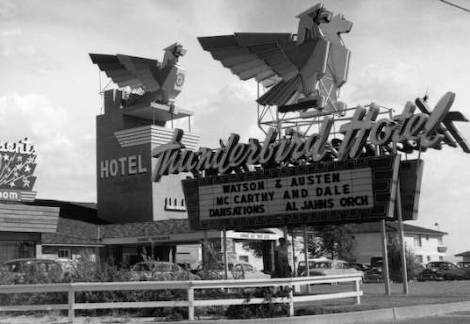 In the 1960s, the exterior of the hotel was remodeled and one of the birds was incorporated into a new marquee pylon sign designed by Bill Clarke of AD-ART. The last of the birds departed in 1977 when Major Riddle rebranded the hotel as the Silverbird. 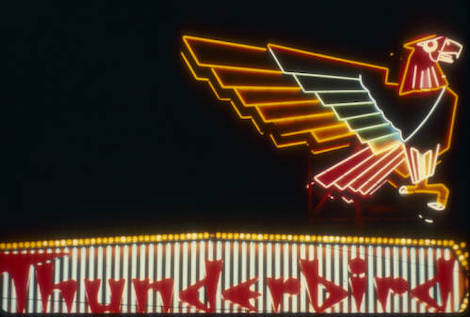 From 1982 to 1992, the property was called the El Rancho (not to be confused with the original El Rancho which operated at a different Strip location from 1941 to 1960). Today, it is the proposed site of the Drew Las Vegas. A smaller replica of the 1948 neon bird sign now adorns the new Thunderbird Hotel, a boutique property located north of the Strip. 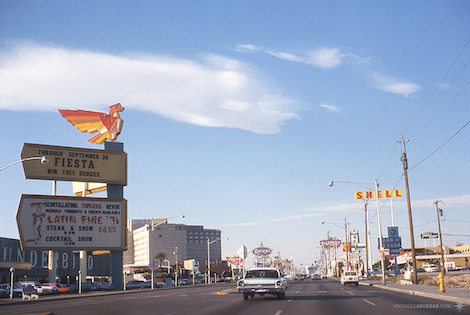 In the coming months, we will be writing more about lost and maybe not-so-lost signs. Do you have any favorites that you wish were still standing? Let us know and we might include them in a future post.