A closer look at some of the historic signs at The Neon Museum.

We recently produced a video for Las Vegas Magazine’s “Vegas At Home” series which focused on an often-unnoticed aspect of the artifacts at The Neon Museum: signatures on the signs.

The video spotlighted signs from the Yucca Motel, the Boulevard Motel, and Doc & Eddy’s pool hall. The former two bear signatures likely left by sign painters who affixed their name or initials in a place that the public would not have seen. Doc & Eddy’s is a rarer example of the original artist signing the statue that functioned like a sign.

Let’s look at a few more examples of signs with unexplained signatures, including some that don’t typically receive much attention from visitors. 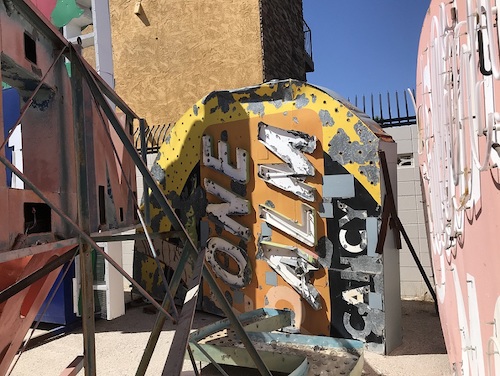 The Lone Palm Motel was located on the Las Vegas Strip where New York New York stands today. The sign is possibly from the late 1950s or early 1960s and is another at the Museum that features the signature of the mysterious Sleez, believed to be a sign painter who worked for YESCO. It is currently in pieces in the Neon Boneyard, much of it hidden from view. 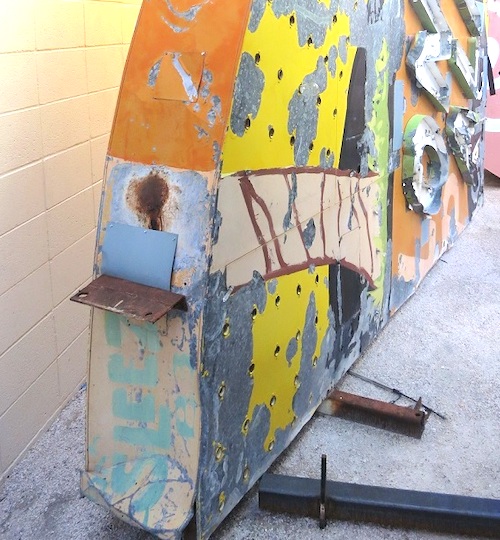 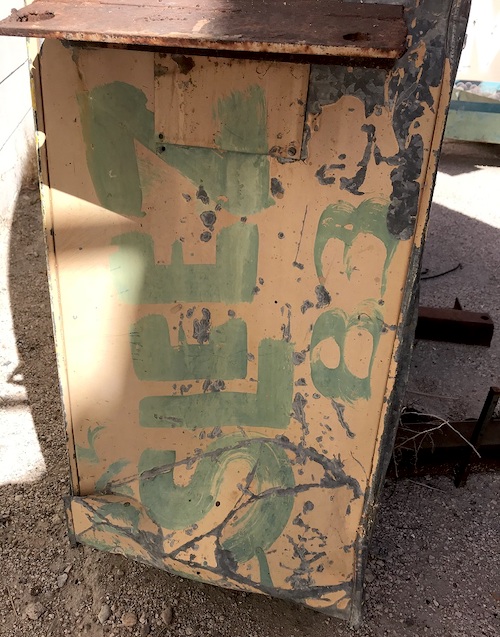 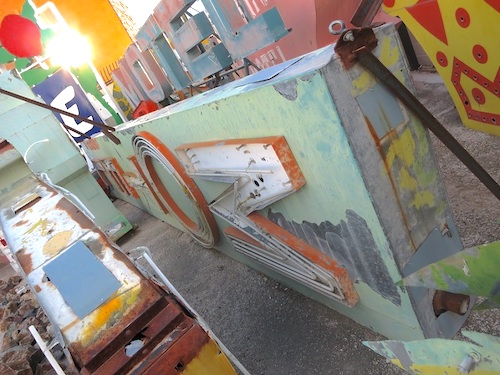 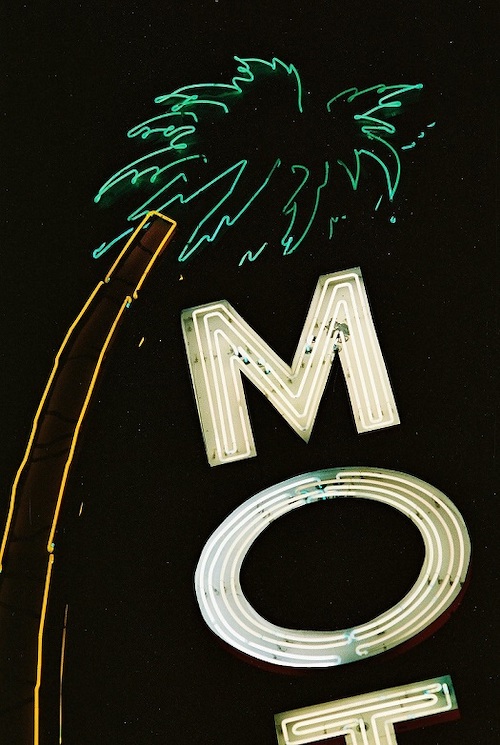 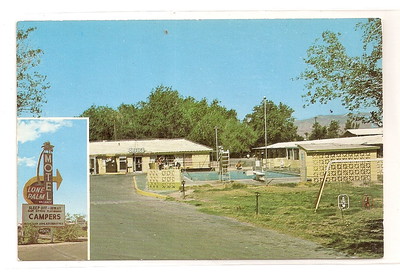 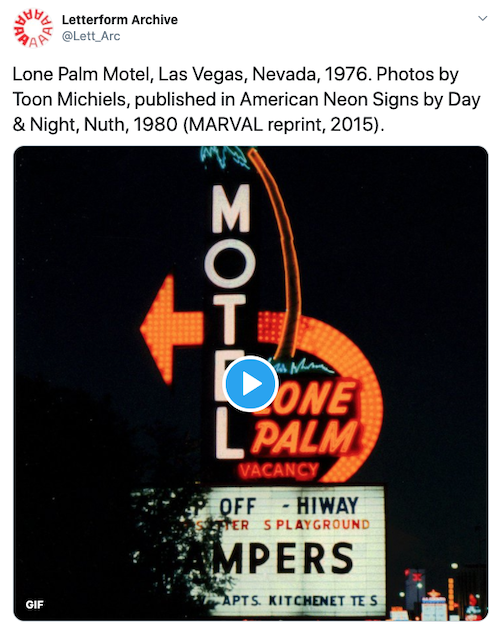 Letterform Archive gif made with photos by Toon Michiels, “American Neon Signs by Day and Night,” 1976 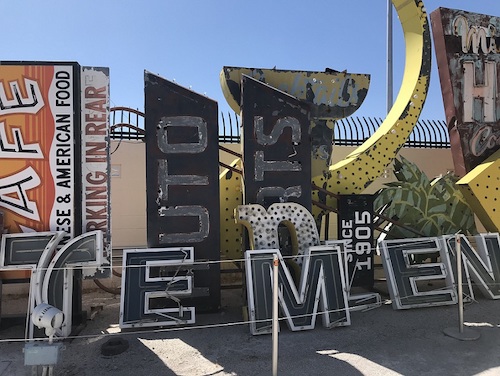 This humble sign that reads “Auto Parts” and “Since 1905” boasts a connection to some of the city of Las Vegas’ early entrepreneurs. Located at 505 South Main Street, the store known as Clark County Auto Parts was part of the Clark County Mercantile Company, which was originally called the Ed W. Clark Forwarding Company. Historian Ralph Roske noted that founders Ed W. Clark and C.C. Ronnow partnered with Joe S. Ronnow in the 1920s and changed the name to Clark County Wholesale Mercantile Co., Inc.

While the exact date of the sign is currently unknown, the building it sat on top of was apparently built in the 1940s. As Roske reported, “In 1940, F. Lorin Ronnow joined his brother Joe in the business and Ed Clark and C.C. Ronnow sold their interest in the company to Lorin Ronnow, Joe Ronnow, and Joe’s son Garland. A new building was constructed at 505 South Main Street to house a new auto parts store and the newly acquired Goodyear Tire franchise.”

“TJ July 74 DS” is visible on the “Parts” section of the sign in addition to the initials “J.W.” 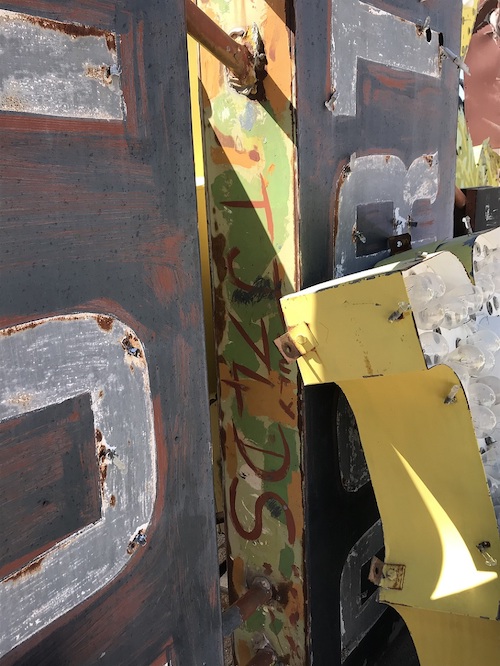 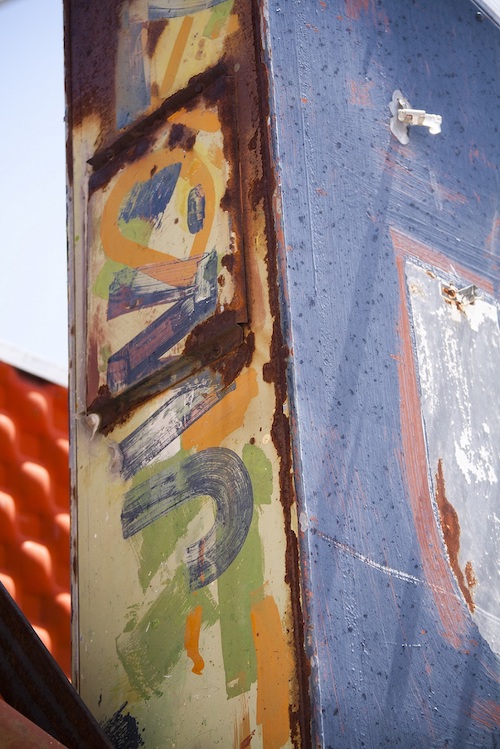 The Neon Museum acquired the sign in 2001 and the building was torn down about a decade later. The site is currently vacant. 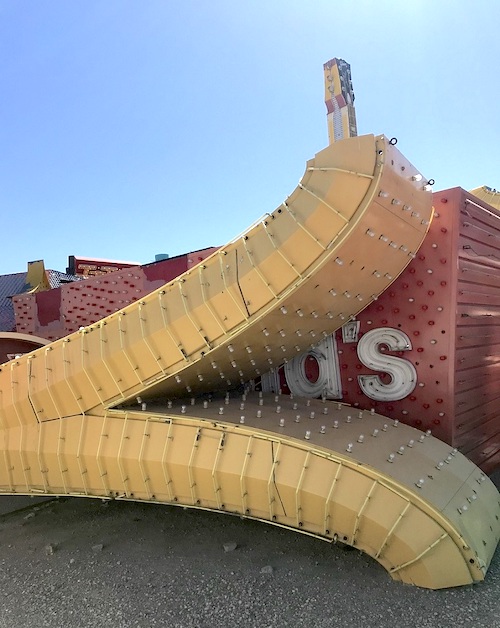 Based on the images of it in the 2002 UNLV/Neon Museum Sign Survey and Google Maps Street View, the sign doesn't look to be much older than the late 1990s or early 2000s. However, an exact year has yet to be confirmed. The Neon Museum acquired it in 2015.

The signature on this one is easy to miss. The initials “BM” appear on one of the arch pieces: 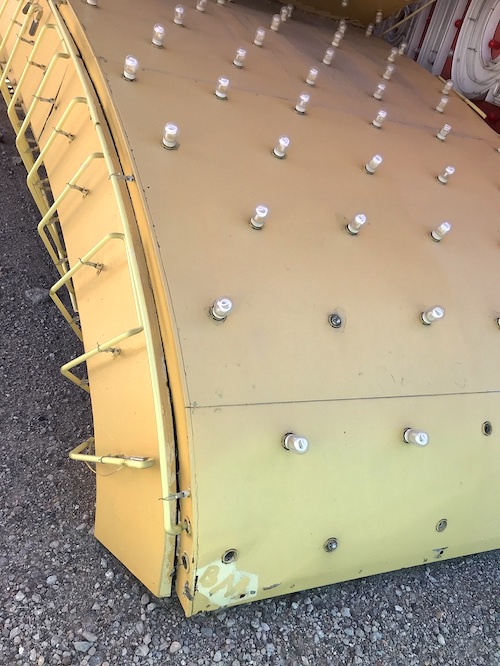 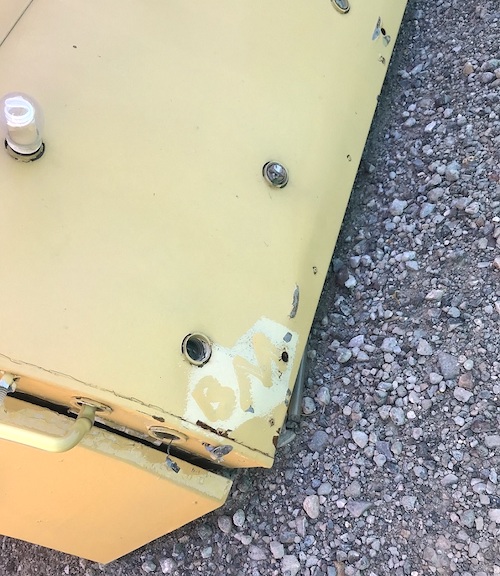 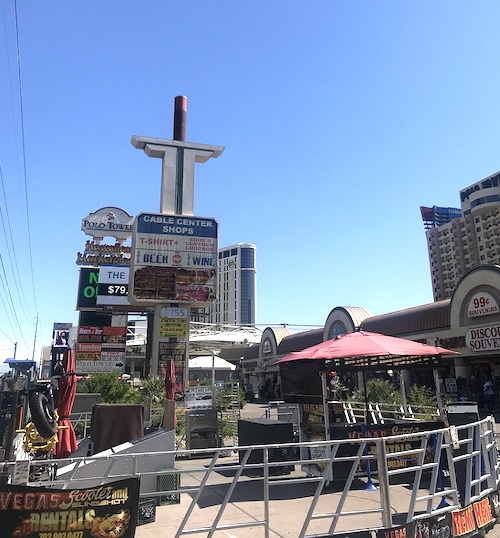 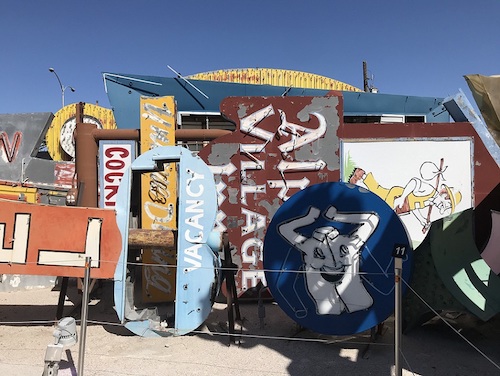 The Alpine Village Inn sign as it appears in the Neon Boneyard today.

The sign from the Alpine Village Inn restaurant includes two unexplained signatures as well. If you look closely at the top of the yellow “Unique Dining” section of the sign you’ll also see the initials “MWB.” “Greg” is somewhat easier to spot than the others and is also possibly from a sign painter/maintainer but again not much is currently known. 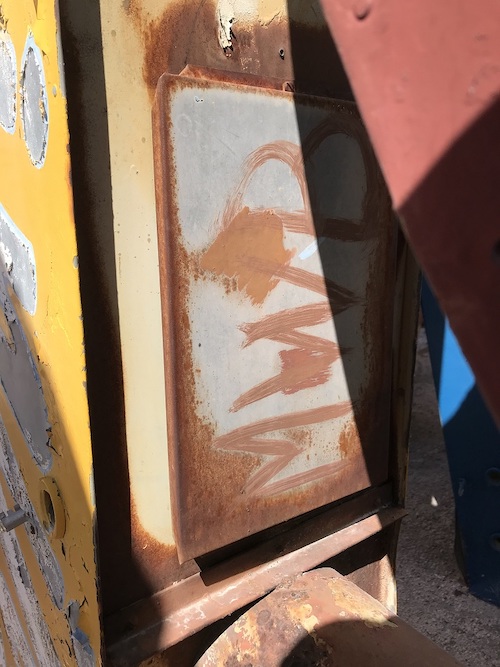 The name “Greg” is visible above the “A” in this older photo of the sign: 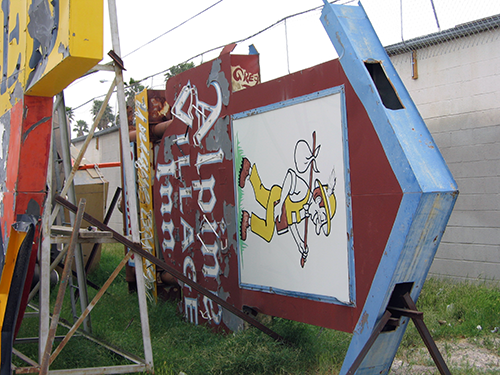 Alpine Village Inn was in business from 1950-1997. The sign at The Neon Museum is from the third location out of four and it was located at 4375 Las Vegas Boulevard South (the final location was 3003 Paradise Road). This spot for German and Swiss food is still fondly remembered today, and people have kept their memories alive by posting recipes online.

Perhaps The Neon Museum’s future oral history initiatives may reveal more about these mysterious markings. Do you happen to work in the sign industry or know anyone who could shed light on the identities of those who signed the signs? Let us know!