The Neon Museum Las Vegas | The history of Las Vegas through neon - The Flame: A Vegas Landmark

The Flame: A Vegas Landmark

The Flame sign was recently placed in The Neon Museum's main collection after some time in storage.

In 1961, Bob Lawrence opened The Flame, a Western-themed restaurant located at 1 Desert Inn Road across from the Silver Slipper. Three years later, Ed Jaffe and Bill LaRusso purchased the business. Under their management, the restaurant served locals, tourists, politicians and celebrities such as Frank Sinatra, the Rat Pack and Sandy Koufax. 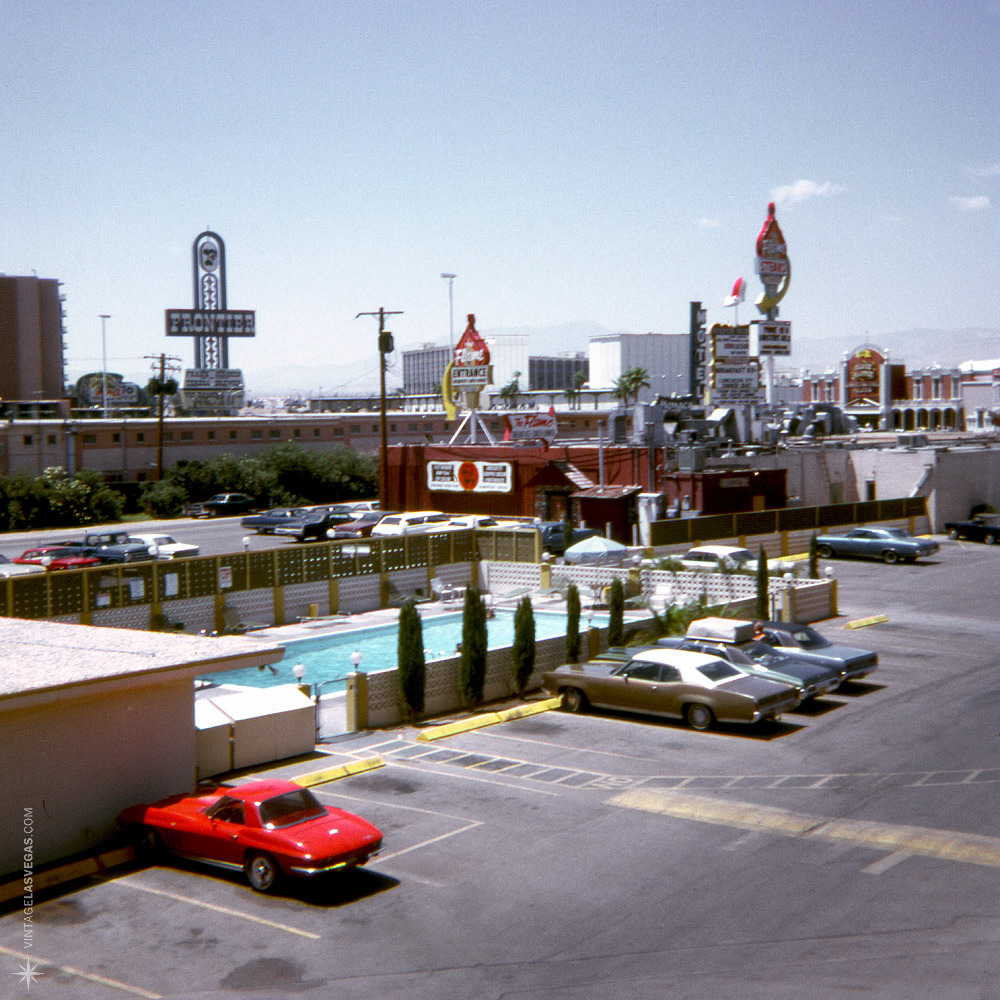 According to Stan Resler, a bartender at The Flame in the 1960s, “The place was the hangout in Las Vegas. It went 24 hours and it was one of the few small bars in the city that had two bartenders working graveyard. You would come in there at five, six o’clock in the morning and you couldn’t get a seat in there.” The Flame later advertised itself as a "Las Vegas Landmark.” 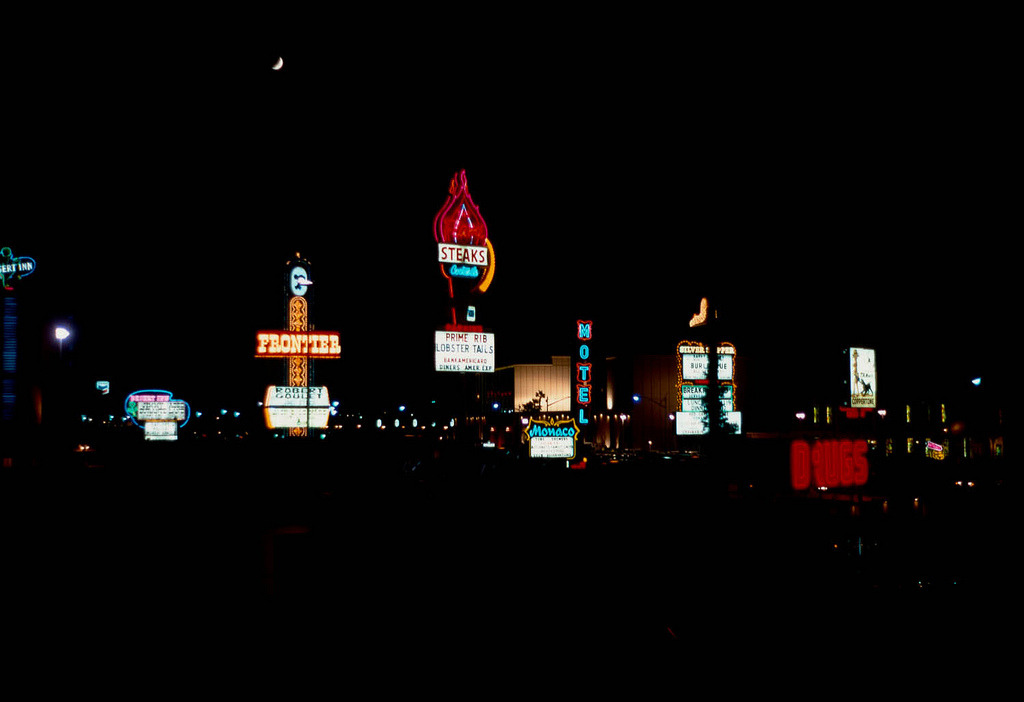 Every night, two bright neon signs shone above Jaffe and LaRusso’s establishment. It is believed that YESCO’s Hermon Boernge designed these flame-shaped signs. A curved, yellow arrow hung downwards from each “flame” towards the building. One sign was mounted on a pole at the restaurant's parking lot. The other was on the roof of the building. 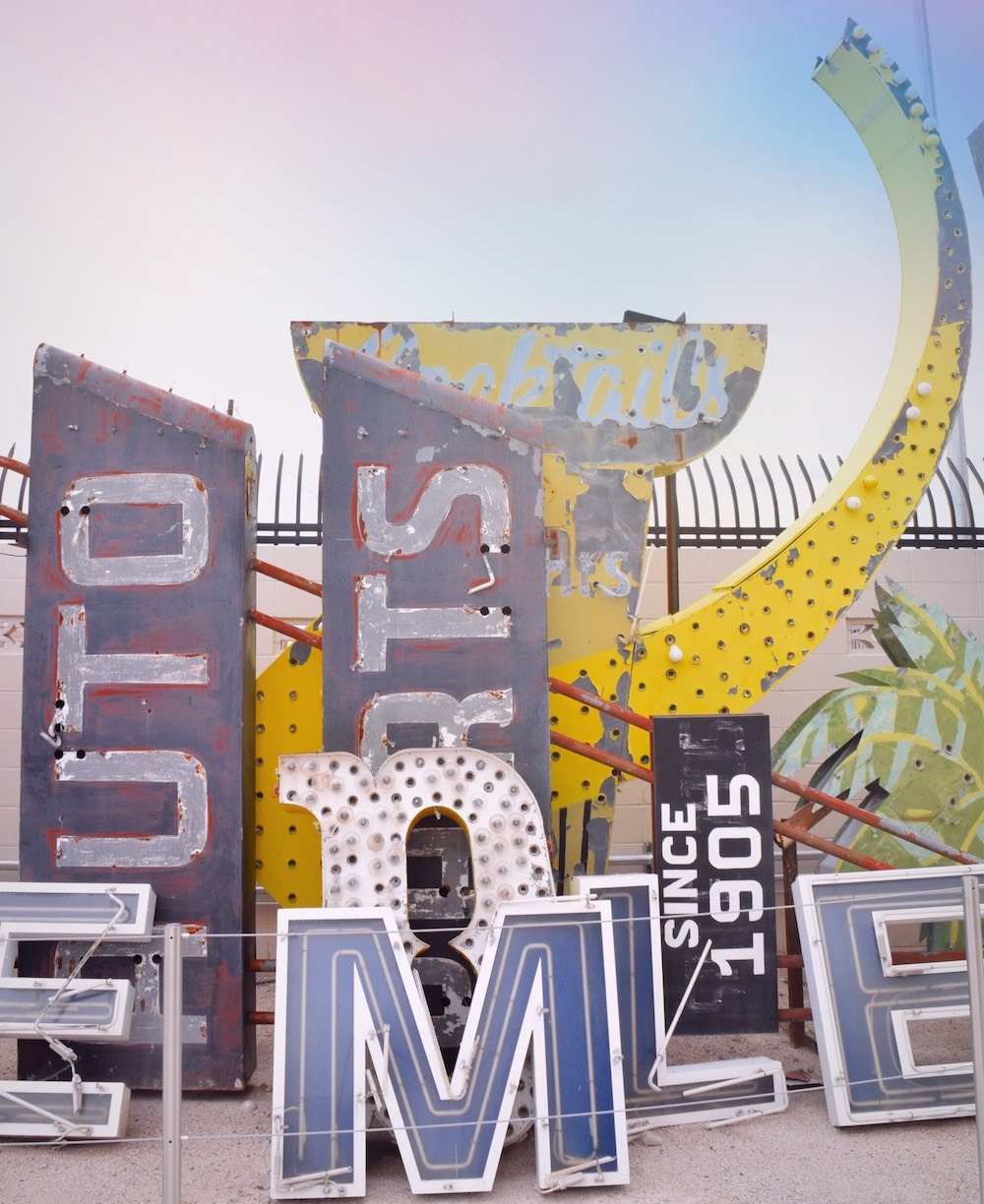 In 1987, twenty-six years after its opening, The Flame continued to serve its traditional breakfast, lunch and dinner fare. The menu listed five choices of steak, a variety of seafood plates and multiple sandwiches, soups and salads at modest prices.

In October 1993, Jaffe, who had become the sole owner of The Flame, announced that after thirty-two years of service, he had to shut down his business. Clark County condemned the property and planned to construct a $92.6 million Desert Inn super arterial to link Valley View Boulevard and Paradise Road. The Flame served its customers for the last time at this location on October 17, 1993. 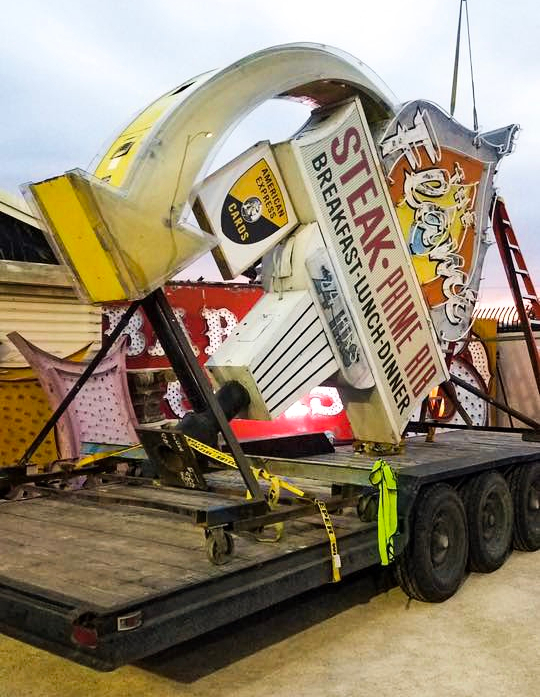 The Flame's rooftop sign being delivered to the Neon Boneyard, April 2019

The Flame signs were removed from the establishment before the building was demolished and stored in YESCO’s boneyard. In 1994, Ed Jaffee and his new business partner, Sergio Gaucin, reopened The Flame at 1243 East Sahara Avenue. A year later, The Flame permanently closed its doors. 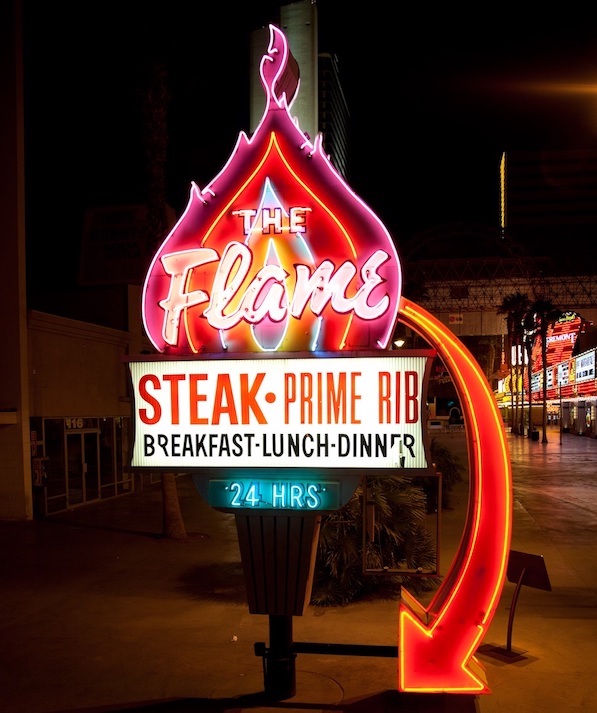 In 1997, The Flame restaurant’s rooftop sign was restored and installed along with other signs as part of The Neon Museum’s exhibit at the Fremont Street Experience. The sign was removed in 2013 and today both of The Flame signs are housed at The Neon Museum.