Back in the 1990s, two major signs in Las Vegas collapsed and Federal Heath managed to document the damage. Below are two pictures, one from each property, but there are many more photographs in their collection detailing the destruction. 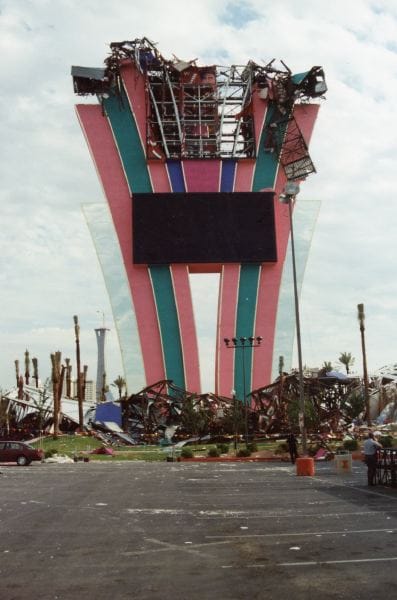 In July 1994, billed as the world’s tallest sign, the $4 million Las Vegas Hilton sign crashed to the ground. The 362-foot-tall sign was hit by 78 mph winds. The sign was designed to withstand winds of 130 mph, according to the spokeswoman for the builder. See here: http://articles.latimes.com/1994-07-20/news/mn-17802_1_las-vegas-hilton

Both signs left a lot of debris, but luckily nobody was injured in either of these collapses.