The Neon Museum Las Vegas | The history of Las Vegas through neon - What is that space?

What is that space?

A closer look inside the Boulevard Gallery.

The land south of the La Concha Visitors’ Center, beyond the adjacent gates and wall, is the Neon Museum’s open-air storage. It is also known as the South Gallery or Boulevard Gallery. Prior to being sign storage, the plot housed a dilapidated retail building which was purchased in January 2017 with the help of Centennial Commission grant funding. The building was razed to give the Neon Museum an opportunity to move some of its larger pieces out of storage and closer to the main Museum campus. The land is in a rough state with uneven ground, no lighting and no electricity so we do not allow public access currently. There are a few signs in view from the walkway near the north end of the Visitors’ Center and many signs hidden from sight. 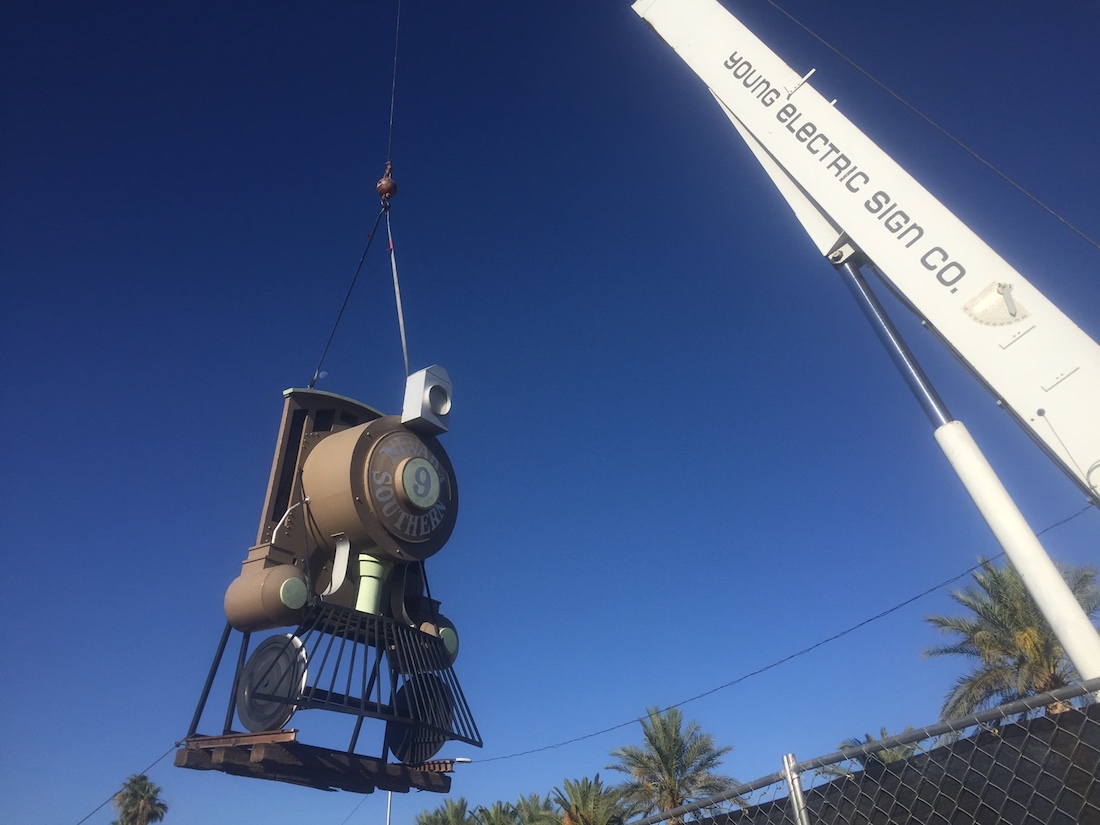 You may have noticed a train peeking over the top of the southern wall. This brown Nevada Southern train is from the newly remodeled Palace Station. The property, owned by the Fertitta family, was once named the Bingo Palace. In 1983 it was renamed Palace Station after the property hosted a “name the casino” contest. The train was donated to the Neon Museum in the summer of 2017. 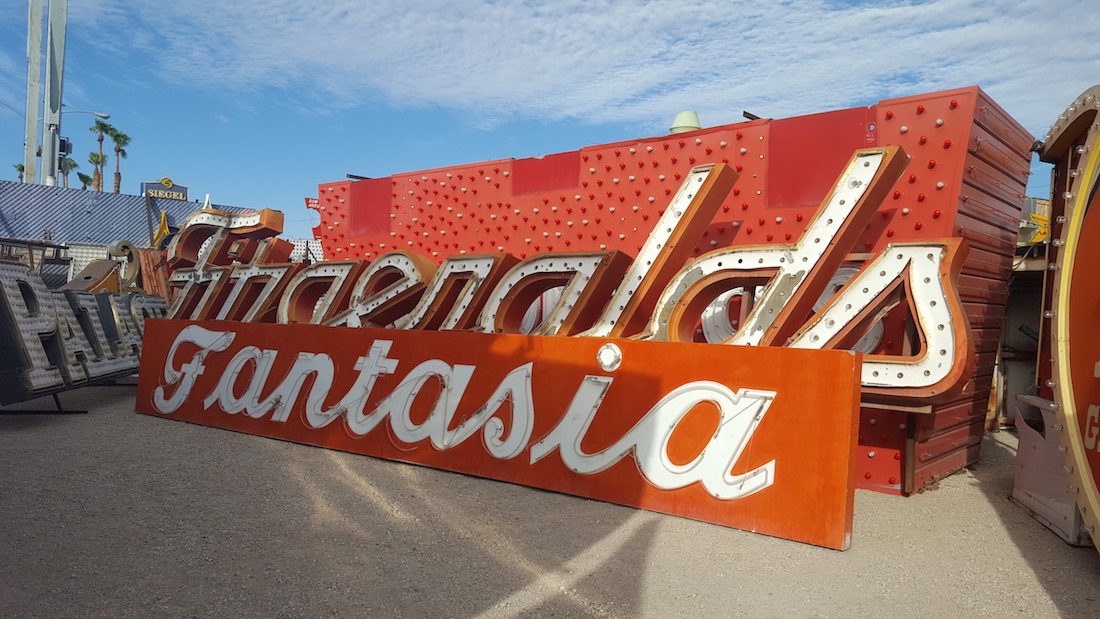 Tucked around the corner, somewhat out of view, is a rectangular cabinet from Fantasia. Fantasia was part of the regular Neon Boneyard display until it was moved in the summer of 2017. It was moved as part of the normal object rotations that museums undergo. Fantasia was a gift shop located north of Circus Circus. The property opened in the early 80s and closed around 2006. 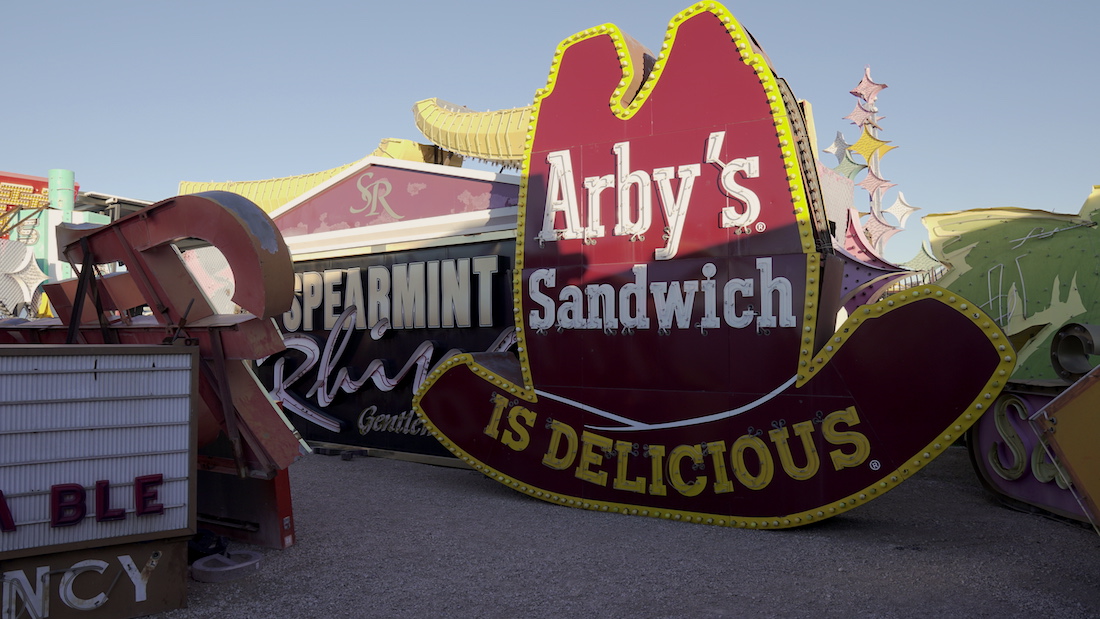 Arby’s opened its first Las Vegas restaurant in 1968. This sign was from the Arby’s located on Decatur and Meadows Lane and is believed to date back to the 70s. The sign appears to be freshly painted due to the fact that it is made from enamel porcelain. The enamel porcelain process applies a durable glass coating to a metal base making the sign resistant to fading and peeling. The process is often expensive making this one of the only enamel porcelain signs in the Neon Museum collection.